The 2006 All-Star Game will always be my favorite 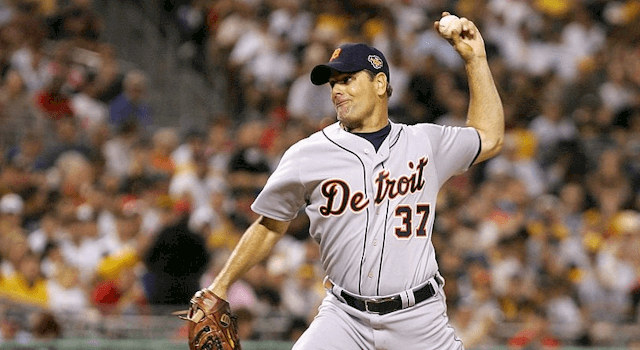 The city of Detroit was desperate for baseball relevance, but surely didn’t think success would come so soon.

But the combination of strong pitching led by veteran Kenny Rogers and rookie Justin Verlander and just enough hitting led by veterans Magglio Ordonez and Ivan “Pudge” Rodriguez helped the Tigers get to the top of the baseball totem pole in an accelerated fashion.

It meant all-stars galore for the Tigers, and the most players selected to the All-Star Game for the franchise in nearly two decades.

Rogers and Rodriguez were named the battery for the ASG while Ordonez was named to the game as a replacement for Boston Red Sox outfielder Manny Ramirez.

Prior to 2006, the last time the Tigers had at least three players named to the All-Star Game came in 1987, which is when they had four: starting pitcher Jack Morris, backstop Matt Nokes and the double-play tandem of Lou Whitaker and Alan Trammell.

Interestingly enough, going into 2006, the club had also been mired in a playoff drought that started after the 1987 campaign.

At the forefront of putting the dry spell to an end was Rogers, a prized free agent acquisition from the 2005-06 offseason who became the first Tiger pitcher to start the Midsummer Clascic since Morris took the mound for the American League in 1985 in Minneapolis.

But before the Tigers could even come close to turning the tide, they needed to bring in an accomplished player who could attract other players willing to buy in to then-general manager Dave Dombrowski’s plan to alter the organization’s image across the league.

Trader Dave found just the right player during the 2003-04 offseason in perennial all-star All-Star Rodriguez, who was coming off a World Series championship with the then-Florida Marlins in ’03.

With the big-time stature his name had in major league clubhouses at the time and his big-time success in year one as a Tiger (.334 BA, 19 HR, 86 RBI and .893 OPS), Pudge helped the Tigers land Ordonez the following offseason, whose stock, to be fair, wasn’t the highest when Dombrowski and owner Mike Ilitch inked the former Chicago White Sox outfielder to a five-year deal worth $75 million. In his final season with the White Sox in 2004, Ordonez played in only 52 games due to injuries.

It adds further truth to the fact that it was impossible to know that Dombrowski’s moves for Pudge and “Maggs” would set the stage for the acquisition of Rogers plus the club’s great first half and improbable run to the Fall Classic in ten years ago.

But before the club’s appearance in the 2006 World Series, a special moment in the season for the Tigers was Rogers taking the mound in the bottom of the first of the All-Star Game at PNC Park in Pittsburgh and throwing the AL’s first pitch to his teammate.

When that first pitch was thrown by “The Gambler,” Rogers and Pudge officially became the franchise’s first pitcher-catcher duo to start an ASG since Denny McLain and Bill Freehan formed the battery in 1966.

It also marked my favorite moment as a Tigers fan until the club’s impressive run to the World Series that same season, in which it suffered a lone loss until falling to the National League champion St. Louis Cardinals in five games in the Fall Classic.

It also seemed to be the first time since my birth year of 1993 in which the Bengals were shown respect by national baseball pundits.

Thus, for me, the 2006 MLB All-Star Game — a 3-2 victory for the American League — was like a second birthday. Christmas come early. The definition of Christmas in July.

The Tigers can send each of their 25 players to the AL All-Star team in the future, and it still won’t replicate the feelings I have surrounding the ’06 game in Pittsburgh: the greatest MLB All-Star Game of my lifetime.