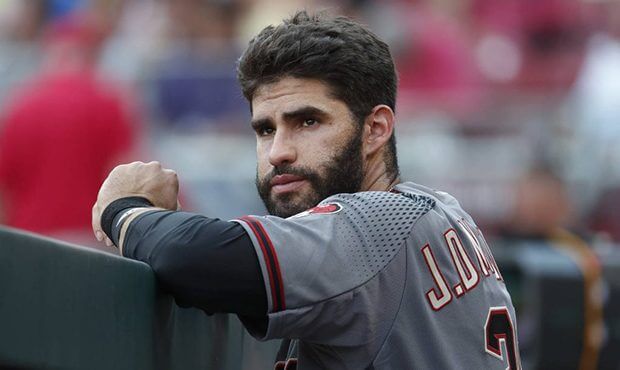 Did the Tigers get too little in exchange for J.D. Martinez?

The Detroit Tigers are officially sellers.

After weeks and months of speculation, Al Avila and Co. made the decision to boot on 2017 by dealing star right fielder J.D. Martinez, Detroit’s biggest trade chip, to the Arizona Diamondbacks.

It became more and more inevitable as the Tigers fell further below .500 that Martinez, a free agent at season’s end, would be dealt.

Avila knew that Detroit wasn’t going to be able to re-sign the soon-to-be 30-year-old slugger in the offseason — Martinez turns 30 on August 21. And he wanted to make sure he got something in return for him.

You can’t blame Avila for thinking that way, especially since Martinez, who had the third-best on-base plus slugging percentage in the AL at the time of being dealt (1.018), has recorded an OPS of at least .879 each year since 2014.

Avila knew teams would be calling him day and night in attempt to acquire Martinez’s bat for the stretch run.

So, naturally, it meant that Martinez netted the Tigers a huge return, right?

In the famous words of ESPN college football personality Lee Corso, “Not so fast, my friend!”

Major League Baseball pundits, like ESPN’s Keith Law, and Tigers fans alike were left extremely unhappy with the package of prospects sent by the D-backs.

The closest thing the Tigers got to a top-100 prospect is shortstop/third baseman Dawel Lugo, the headliner of the deal and a 22-year-old that hit .282 with the D-backs’ Double-A affiliate in Jackson, Tennessee, this season.

Lugo was ranked No. 4 on MLB Pipeline’s preseason list of prospects for Arizona. However, Arizona’s farm system is considered to be barren, which makes Lugo less appealing since he wouldn’t be ranked as high in a deeper farm system (i.e. the White Sox’s).

In fact, in an updated list of Tigers prospects put together by MLB Pipeline, Lugo isn’t even in the top 10. He’s ranked No. 11.

The other two players the Tigers received in the deal were 21-year-old shortstop Sergio Alcantara, ranked No. 15 among Arizona prospects by MLB Pipeline before the season, and 18-year-old middle infielder Jose King, who missed MLB Pipeline’s preseason list of D-backs prospects completely.

Arguably, the Tigers lost the trade so bad that the mercy rule had to be used.

The fans deserved a productive start to the club’s rebuild, and thought dealing J.D. would provide just that.

Trading Martinez should have absolutely ensured that, despite his status as a two-month rental.

If the Arizona return was truly the best offer for J.D. when he was dealt July 18, Avila should’ve waited until closer to the July 31 non-waiver trade deadline to deal him. Teams might’ve become more desperate, and given up more young and valuable assets at that point.

By not waiting to find out if teams would’ve become willing to give up more, Avila miscalculated, and lost a tremendous amount of credibility with the Motown fanbase.

Much more pressure now exists for Avila to clearly win the next deal he makes. And if he pulls off another head-scratcher in his next move, he could very well be out of a job come season’s end.