These are the biggest Detroit sports stories of 2017 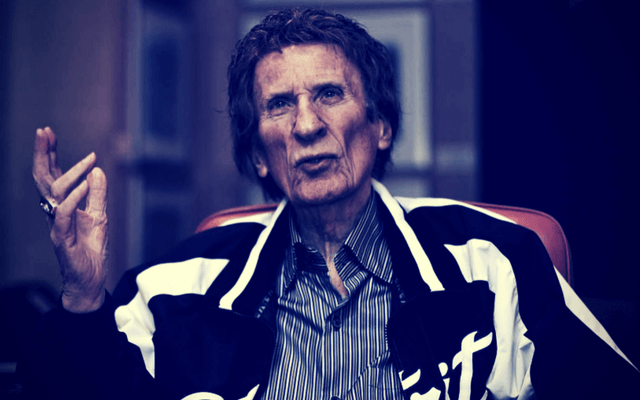 In February, Red Wings and Tigers owner Mike Ilitch died at the age of 87.

Another year is coming to an end. 2017 is nearly in the books. For Detroit sports fans it hasn’t been a good year. The Pistons failed to make the playoffs, the Lions were swept away in the NFL Playoffs again, and an era came to an end when the Red Wings missed the NHL Playoffs for the first time in a quarter of a century. Perhaps most difficult to take was the dismantling of the Tigers, who traded off nearly every asset they had and embarked on a rebuild.

With that unsavory bit of narrative out of the way, here are my choices for the five biggest and most important Detroit sports stories of 2017.

5. Another bad NFL rule costs the Lions a win

Let’s count the screwy ways the Lions have lost games in the last few years:

— Calvin Johnson fails to make a “football move” after catching a pass in the end zone that to everyone watching was a game-winning touchdown. As a result, the officials take away the game-ending TD and the Lions lose to the Bears.

— Johnson is about to score a go-ahead touchdown when he reaches for the end zone only to have the football poked out of his hands. The ball bounces in the end zone where it’s punched out of the back of the end zone by a Seattle defender. According to the rule book, such a move is illegal and the ball should have been awarded to the Lions on the half-yard line. Instead, the officials gave the ball to the Seahawks, who won the game.

— The Lions are flagged for a face mask penalty against Aaron Rodgers on a 4th and long play with no time left on the clock. With a second chance, Rodgers throws a game-winning hail mary into the end zone. Replays show that the face mask was inadvertent and that the Detroit defender probably only touched the chin strap of the helmet.

— In a playoff game against the Cowboys in Dallas, Matthew Stafford fires a pass to a receiver only to see him be tackled by a defender. The officials toss a flag, apparently for pass interference, which would move Detroit to a first down with time for them to drive for a potential game-winning score. Instead, the referees inexplicably pick up the flag and turn the ball over on downs. The Lions lose and are eliminated from the playoffs.

In the third game of the this season back in September the Lions hosted the defending NFC champion Atlanta Falcons. The two teams slugged it out and Atlanta built a lead, but Matthew Stafford brought Detroit back in the fourth quarter, orchestrating a drive that got them inside the ten yard line. Stafford completed a pass to Golden Tate and the Detroit receiver landed in the end zone, just across the goal line. The signal went up for a touchdown. But officials reviewed the play and ruled that Tate’s knee had been down on the half-yard line. The Lions still had eight seconds on the clock, but by rule when a review is made on a scoring play and overturned, ten seconds must be run off the clock. The game was over, the Lions lost, and once again Detroit had been screwed by a needlessly complicated and unfair rule.

The worm finally turned for the Red Wings in the 2016-17 season when they missed the NHL Playoffs for the first time in a quarter century. After Pavel Datsyuk returned to his home country, and with other veterans slipping or moving on, the Wings were left with a slew of young, untested skaters. Hometown hero Dylan Larkin seems set to lead the next wave of great Detroit teams, but that might be a few years in the future.

Early in 2017, the Pistons announced that they would move downtown and become a tenant in the new arena being built for the Red Wings. The move was approved by the NBA in August and the team started playing their home games for the 2017-18 season in Little Caesars Arena (or The Dough Joe as we like to call it).

After more than 35 years and four Stanley Cup titles, the Wings left Joe Louis Arena to go to their brand new shiny home in downtown Detroit. The arena has already been lauded as one of the best venues in the league and it’s helping to revitalize a section of the city. The only question now is which of the two teams will host a playoff game first?

For more than two decades, Detroit’s own Mike Ilitch was the owner of both the Red Wings and Tigers, winning four Stanley Cup titles and two pennants. His first decade with the Tigers was dismal (many fans conveniently forget how terrible things were), but after hiring Dave Dombrowski he turned the fortunes of that team around.

The Red Wings were the premier franchise in hockey for more than 25 years and are still a valuable property. Ilitch spared no expense luring big name hockey stars to Motown. The dynasty that resulted is among the greatest in sports history and the most dominant in Detroit history.

But Ilitch’s legacy is more than success on the ice and diamond. His prescient vision helped save downtown Detroit and revitalize the city. He pumped hundreds of millions of dollars into a new ballpark, a theater district, and ultimately an impressive hockey arena/slash multi-purpose sports facility that opened last fall.

Ilitch could be stubborn, petty, and shortsighted. But he was always driven to win. He was Detroit’s mini-version of George Steinbrenner. For now both teams remain in the Ilitch family, but without Mike who knows how committed the next generation will be to making Detroit a city of champions again.

Maybe the death of Ilitch should rank at number one, but for this writer, the last-second, stroke-of-midnight trade of Verlander is the biggest story of 2017. Verlander was the face of the franchise, a popular figure in the state of Michigan, and the best pitcher the team has ever had (sorry Prince Hal, Mickey, and Jack!). One day he’ll have a plaque in Cooperstown. But the Tigers discarded him only moments before the September 1 trade deadline, shipping him to Houston for a bundle of prospects.

Let the rebuild begin! Verlander won’t be part of it: instead he’s already captured his first World Series ring with the Astros after pitching like a legend down the stretch and for much of the postseason. We’ll miss you, JV. We’ll see you when the statue is unveiled at Comerica Park.