Defying his roundness, Bob “Fats” Fothergill was a heavy hitter for the Tigers 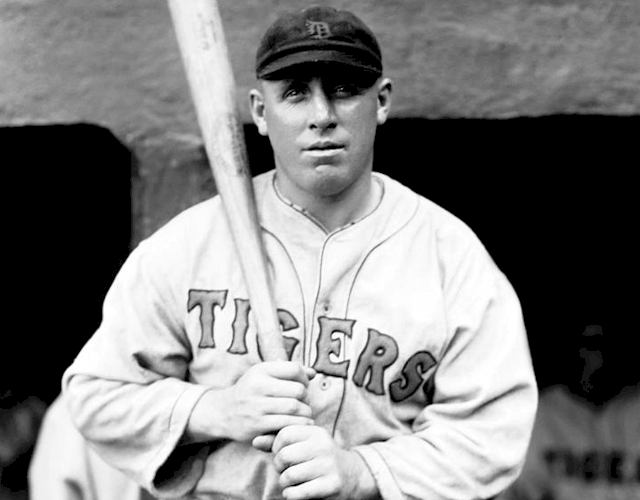 Outfielder Bob Fothergill poses on the top step of the dugout at Navin Field in Detroit in 1928.

For much of the 1920s, Bob “Fats” Fothergill was moored like a zeppelin in left field at Navin Field. “Hey, Bob,” fans yelled. “When does the balloon take off?” The fun-loving and surprisingly agile Fothergill was a notorious right-handed pull hitter who batted better than .353 in four of five seasons between 1925 and 1929 for the Tigers. By 1930 he was covering more ground than ever in the outfield, but that’s because his weight had ballooned to frightful proportions.

According to teammate Charlie Gehringer, Fothergill “was about as round as he was tall. Had a terrible weight problem, but he could really run. He came from Massillon, Ohio, where he’d been a great football player. I remember seeing him punt a football once—golly, he punted it as far as anyone I ever saw.

“But he was a great hitter, especially against left-handers. A lefty couldn’t get him out without him hitting a line drive. They might catch the ball, but he’d really smash it.”

In 1922, Tigers owner Frank Navin paid $3,500 for the rights to the portly Fothergill, who at the time was rattling fences for the Bloomington, Indiana team of the Three-I League. After a stint with Rochester in the International League, Fothergill was with the Tigers to stay.

Fothergill had a tough time breaking into Detroit’s outfield, which during the 1920s boasted three future Hall of Famers—Ty Cobb, Harry Heilmann, and Heinie Manush—who between them won an astounding 17 batting titles in a 21-year span (1907 through 1927). When Fothergill did appear in the box score, it often was as a pinch-hitter.

“Fothergill was a funny guy,” Gehringer recalled. “I remember when the Boston ballpark had a little knoll that went up to this short fence in left field. They’ve taken it out since, but back then, an outfielder had to run up the knoll because you couldn’t back up it. One day Fothergill misjudged a fly ball. He ran up the knoll, then he ran down it, and as he started coming down the ball hit him in the head and bounced away.” The Tigers next traveled to Philadelphia, where fans who had read of Fothergill’s adventuresome fielding presented him with a football helmet at home plate, Gehringer said.

Fothergill, who packed anywhere from 230 to 270 pounds on a 5-10 frame, played eight and a half seasons in Detroit. He batted a composite .337 as a Tiger—a mark bettered only by Cobb and Heilmann—before being waived to the Chicago White Sox midway through the 1930 campaign. Fats wrapped up his career with the Boston Red Sox in 1933. Overall, he hit a collective .325 across twelve big-league seasons.

Fothergill had a flair for showmanship that helped earn him the sobriquet, “The People’s Choice,” from the fans at Navin Field. “Fothergill doesn’t go into a base upright if he can help it,” wrote Bud Shaver in the Detroit Times, “for that would mean the elimination of his swan-diving slide, and such a thing would be unthinkable. Robert is too much the artiste to be thus callous to his public.”

Gehringer remembered Fothergill blasting a home run one afternoon against the Athletics. “He’s rounding the bases nice and easy—and then when he gets to third base he comes running like a freight train and does a complete flip in the air and lands on home plate! Never saw him do that before. Man, he brought the house down!”

What finally brought Fothergill down was his unbridled appetite, which caused problems with his health. He was only 40 years old and working for the Ford Motor Company in Highland Park when he died of a heart attack in 1938.

“He was one of the last of those rare spirits who appeared to play for the fun of it,” observed baseball historian Lee Allen. “After the game, you could find him with a thick porterhouse steak and a seidel of beer, and he would chuckle to himself and mumble out of the side of his mouth, ‘Imagine getting paid for a life like this!’”

One reply on “Defying his roundness, Bob “Fats” Fothergill was a heavy hitter for the Tigers“