No one knows why Detroit manager Hughie Jennings yelled “Ee-yah!” 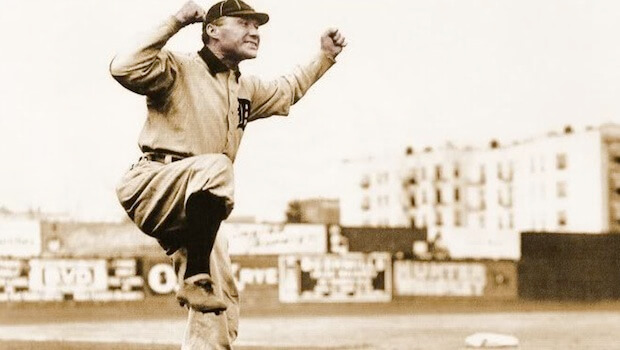 Detroit manager Hughie Jennings was enthusiastic while coaching his team.

Many Detroit Tigers fans have heard the stories. Manager Hughie Jennings would start dancing around in the third base coaching box and eventually start screaming, “Ee-yah, Ee-yah!”

To this day, the legend has grown, but the actually reasoning behind the unique outbursts a century ago are no more clear today.

Some say it was to pump up his team, to get them excited.

Some say it was to make his own team laugh and get them loose.

Some say it was to make the opposition laugh or catch them off guard.

Some say it was used like signs to his players to get them to bunt or hit-and-run.

Some say it was the result of being hit in the head too many times.

The answer is …. Well … all of them? None of them? There is no concrete evidence of any of them, which only adds to the legend and the mystique surrounding Jennings, one of baseball’s best managers.

More than 100 years later, that is what fans remember about him, if they remember him at all.

But there is so much Jennings did in his career that was memorable.

He managed the Tigers to their first three pennants in 1907-08-09. It was the first time in the 20th century that a team in either league finished in first place for three consecutive years. He also managed them to a 100-win season in 1915, though they were beaten out for the American League pennant by Boston, which won 101 games.

Jennings claimed later that the 1915 finish was the most disappointing part of his entire career. That of course makes sense, since it was the only 100-win team he ever managed and arguably his best team personnel-wise.

And there were plenty of good teams. Just about every team Jennings managed had Ty Cobb and Sam Crawford on it, the best 1-2 punch in the first 20 years of the American League.

Jennings managed his way all the way to the Hall of Fame, compiling a career record of 1,184-995, a win percentage of .543. Not the best percentage in the Hall of Fame, but the three pennants helped, so did his playing career. He was elected by the Veterans Committee, which took both aspects of his career into account.

But he only played 1,284 games in 18 seasons, fewer than half of the scheduled amount.

One of the factors was concussions. They didn’t use the term so much back then, but Jennings was frequently hit by pitches, so much that he finished with 287 in his career and led the league every year from 1894-1898, including a stunning 51 times in 1896.

Jennings was one of the first players in baseball history to perfect this as an art form. Of course, the byproduct was that he intentionally didn’t get out of the way of pitches, even ones coming right at his head.

After all of those knocks to the noggin, it is simply remarkable that he was able to manage at the major league level for 16 years.

One reply on “No one knows why Detroit manager Hughie Jennings yelled “Ee-yah!”“