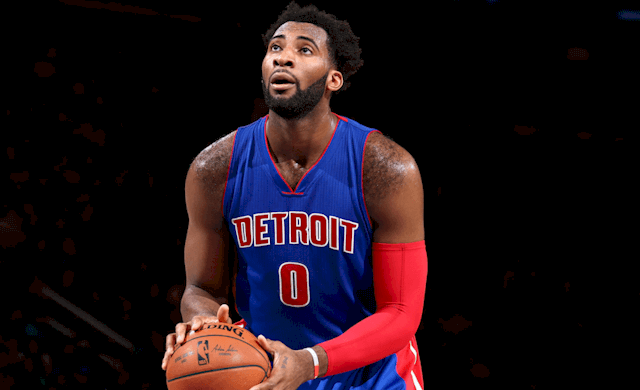 Will Andre Drummond shoot his free throws underhanded next season? It could happen, according to Pistons head coach Stan Van Gundy, and it’s about damn time.

It’s a free-throw shooting style that NBA Hall of Famer Rick Barry perfected, as he shot 90% from the charity stripe during his 10-season NBA career. Even fellow Hall of Famer Wilt Chamberlain, who still owns the NBA record for points in a single game with 100, tried out the underhanded free-throw shot for a time. Despite never being as successful at the line as Barry—Chamberlain only shot 51.1% from the stripe for his career—he did finish 28-for-32 from the line in his historic 100-point performance on March 2, 1962.

The commonly labeled “granny shot” has become a viable option for Drummond because of his putrid 2015-16 campaign at the free-throw line, in which he shot a career-worst 35.5%. That’s an average of 65 misses for every 100 free throws taken. Most Average Joe’s and Jane’s off the street can do as well as that.

It became increasingly embarrassing that Van Gundy had to consistently pull Drummond in the final minutes of games as the season went along because of his poor free-throw shooting, including in Detroit’s first-round playoff series with the Cleveland Cavaliers.

Being pulled in crunch time isn’t what you want from a guy who’s due to be signed to a max contract extension this summer.

Drummond realizes his reputation as a “clunker” from the free throw line.

He seems to realize that although it’s not going to help him earn any street cred with his newfound pal Justin Bieber, shooting from the stripe underhanded could help him make more free throws.

If the Detroit big man can shoot his “throws” at an efficient clip, it will likely lead to Van Gundy leaving his star on the floor during the final minutes of games.

If Drummond can increase his free-throw percentage by even 30%, he’ll be able to make the jump from an All-Star to a dominant big man on the offensive end.

He already averaged a career-high 16.2 points per game this past season, so just imagine how many he could average with an improved FT-shooting form.

The 22-year-old could feasibly crack the 20 points per game threshold in what will be his fifth season in the league.

It would be a jump in point production that could help the Pistons take the next step forward as an organization. They would go from a team just making the playoffs to a team that could realistically think about getting to round two.

Here’s hoping that “Dre” takes to the gym this summer and starts practicing his “granny shot.”

Despite the jeers that would probably arise from using an underhand shot when playing on the road, dealing with other teams’ fans and their quips will be more than worth it if the Pistons build on their success from this past season.

I’m willing to bet that the Pistons will improve upon their first playoff appearance since the 2008-09 campaign if Drummond makes the “granny shot” his own.