After failures in 2017, Caldwell’s future with Lions in doubt 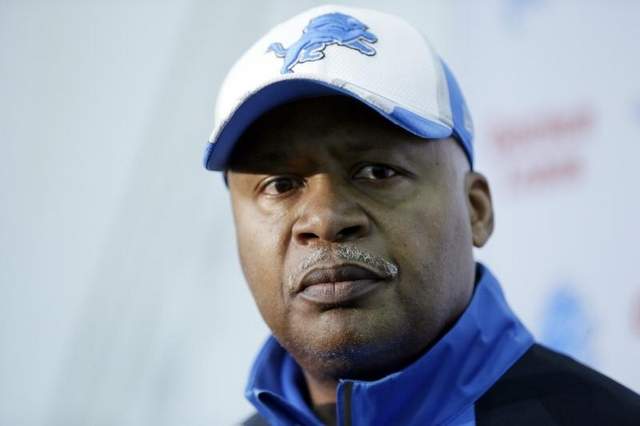 What am I talking about, you may ask?

Well, with the Lions being eliminated from postseason contention, the likelihood Jim Caldwell losing his job has increased. And if you’re a Lions fan and weren’t already aware of it, that’s a good thing.

The Lions can throw around facts and figures to try to prove otherwise, such as that Caldwell led the Lions to the playoffs twice in his first three seasons and that his .556 winning percentage is the best among full-time Lions coaches since Buddy Parker roamed the sidelines from 1951-56. Parker had a .671 winning percentage.

However, it doesn’t take a rocket scientist to realize that the 62-year-old is unfit to lead the Lions moving forward.

He has shown time and time again just this season that his in-game strategy is flawed. For instance, in Sunday’s contest vs. the Bengals, the Lions were trailing, 19-17, and facing a third-and-28 with less than four minutes remaining when Matthew Stafford decided to take a shot downfield to Golden Tate.

Tate leaped up and appeared to have possession of the ball long enough for it to be declared a catch, even as multiple Cincinnati defenders swarmed in and forced the ball loose as Tate lied on the ground.

The ruling on the field was incomplete, but it was so close to call that it should’ve been challenged by Caldwell.

The Lions couldn’t afford to lose with their playoff lives on the line. Yet, Caldwell unfathomably displayed no urgency, and “forgot” where he had placed his red flag at the most opportune time in the game to use it.

And how did the Bengals respond to the Lions having to punt the ball? They scored, putting the Lions away and shutting the door on their playoff chances.

It was a fitting way to end a season in which the Lions failed to record a quality win.

And I know beating the Minnesota Vikings in Week 4 could be considered a quality victory. Remember, though, that the Vikings lost star rookie running back Dalvin Cook in that contest, and had no proper way of adjusting for the loss of Cook midway through the game.

The Lions also struggled to beat the hapless Browns, Bears (twice) and Buccaneers this season. Those three teams have accounted for a combined nine victories. And remember that the Browns are still searching for their first win going into the final week of the regular season.

Even if Stafford & Co. would’ve found a way to get into the playoffs, they would’ve been a flawed playoff team and easily the worst NFC playoff squad.

There’s no way of sugarcoating it: the Lions looked overmatched and were outcoached against the “good” teams this season.

For the Lions to take the next step as a franchise, Caldwell has to go.

And if owner Martha Ford (who “loves” herself some Jim Caldwell) retains him, the organization risks alienating fans that have long remained loyal despite the erroneous ways of the residents of 2000 Brush St.