Fidrych deserved to win the Cy Young Award in 1976 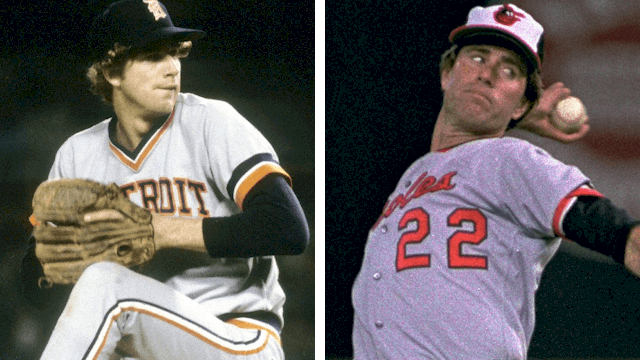 This year, much has been written about Mark “The Bird” Fidrych on the 40th anniversary of that magical summer of 1976.*

Everybody knows that he won the American League Rookie of the Year Award in a landslide.

Many would assume, incorrectly, that he won the American League Cy Young Award as well.

Actually, he finished second to the Baltimore Orioles’ Jim Palmer, and the vote was not even close. Palmer collected 19 first-place votes, while Fidrych got five. Detroit native and future Tiger Frank Tanana of the California Angels finished a distant third, but with no first-place votes. No other American League hurler received a first-place vote.

Was Fidrych short-changed in this particular balloting? After all, receiving only five first-place votes seems ludicrous.

A look at each pitcher’s stats indicates that the voting should have been closer than it was. Palmer led the AL in starts (40) and innings pitched (315). Back in 1976, the end-all be-all stat for a pitcher was victories, and Palmer topped the junior circuit with 22. The Bird won 19, although he had the most complete games in the AL (24) and the lowest ERA in all of baseball (2.34).

Fidrych and Palmer had a virtually identical WHIP (walks + hits/innings pitched), at 1.079 and 1.076, respectively. They also had nearly the same ratio of strikeouts to walks, with Fidrych at 1.83 and Palmer at 1.89. The Bird had a lower FIP (fielding independent pitching) at 3.15 to Palmer’s 3.32.

Perhaps the most striking statistical difference between the two, however, was their WAR for pitchers. It makes Fidrych’s case for the Cy Young much stronger. He had the highest total in the major leagues that year, at 9.6. In all of Tigers history, in fact, only Hal Newhouser in 1945 had a higher single-season WAR for pitchers (11.2). Vida Blue had the second-best WAR for pitchers in the AL in 1976 (7.7), followed by Tanana (7.5), and Bert Blyleven (6.6). Where did Palmer rank? The fourth best at 6.6. In theory, that means Fidrych gave his team three more wins than Palmer did in 1976, which is a huge difference when comparing pitchers.

For Palmer, it was his third Cy Young Award. In hindsight, it appears that the voters were swayed by Palmer’s higher win total and reputation. But had Fidrych gotten even a hint of run support in several of his losses, he would have finished with another three or four wins.

In three of The Bird’s losses that year, the Tigers were shut out. In those three games, he went the distance each time, giving up a grand total of four runs (three earned).

Perhaps Fidrych’s toughest loss, however, was at Oakland on August 29. He lost the game in the bottom of the 12th on an RBI single by the A’s Don Baylor that scored Sal Bando. The final score was 2-1. Oakland starter Mike Torrez was equally outstanding, giving up only one run in 11 innings. With the Bird working quickly as usual, the game was over in a mere two hours and forty-two minutes. Yes, baseball was very, very different in 1976.

Also, it is important to remember that Fidrych didn’t start his first game until May 15. How many more games would he have won had he been in the rotation all season?

Yes, the Bird’s win total should have been better, but the same could be said of Palmer. Like Fidrych, he also suffered three losses in which the Orioles were blanked. In eleven of his starts, Baltimore scored two runs or less.

A Cy Young Award for Fidrych would have been a nice ending to a phenomenal season. Both he and Palmer were very deserving, and ultimately it may have just been a case where the voters went with the more established name.

The Bird had a chance to be the first pitcher ever to win both the Cy Young and Rookie of the Year Awards in the same season. Instead, the Dodgers’ Fernando Valenzuela accomplished the feat in 1981, and nobody has done it since. 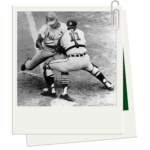 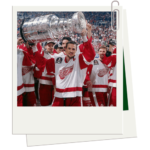