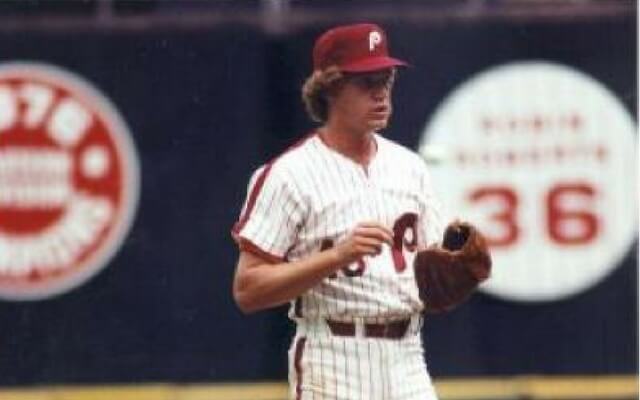 Righthander Dickie Noles pitched for the Phillies, Cubs, Rangers, Indians, Tigers, and Orioles during an 11-year career. He was a member of the 1980 World Series champion Phillies in 1980.

It was July 30, 1986, and the game between the Detroit Tigers and Cleveland Indians was getting a little heated.

Cleveland’s Dickie Noles came in to replace starter John Butcher, and it was Noles who became a bit of a butcher.

“One of our guys got thrown at and Pat Corrales, who probably denies it to this day, told me to hit five of them when I went into the game. I went, ‘Five of them?!’ He walked off the field and said, ‘I said five,” Noles said at this week’s West Michigan Whitecaps Tiger Friday.

Noles ended up actually hitting just two — Darnell Coles and Dwight Lowry — and threw at a couple of others, including Kirk Gibson.

“Later in the game, Gibson and (Lance Parrish) stood up in the dugout and told me if I wanted to hit somebody, hit them. I threw at Gibson and he went forward and the ball went behind him. I said, ‘Why didn’t you stay there?’ And I charged him at home plate. Somebody took a picture of that and I still have it. I still didn’t get thrown out of the game.

“The bad part was one of the guys I really liked, Dwight Lowry, I hit in the head and I wasn’t trying to throw at him at all. But I did throw at a couple guys,”

“The next day, I am reading the paper and they asked him if he throw at Thornton on purpose to retaliate for what Noles did? He said, ‘I was using the Dickie Noles grip, I didn’t throw at anybody!’”

The Tigers ended up winning the game 11-3, but the story wasn’t over.

In the heat of a pennant race the following season, the Tigers acquired Noles for the stretch run.

“I got traded to them the next year and when I arrived at Fenway Park (for my first game) I didn’t look at Sparky. I didn’t know how I was going to like it because of the beanball war the year before,” Noles said. “But I loved it. It was one of the best teams I played on.”

And Anderson had the confidence in Noles to bring him in for the ninth inning at Fenway Park with the bases loaded and Dwight Evans up for the Red Sox. Noles got Evans to ground back to him for a home-to-first double play to get the save.

“I thought he signaled for Willie Hernandez and he wanted me,” he said. “So I go out there and Sparky says, ‘Go get ‘em Richard … he never called me Dickie … and I knew I was in.”