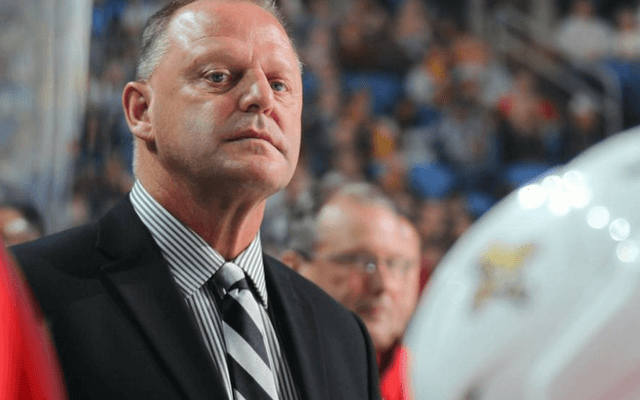 Gerard Gallant was an undersized power forward during his NHL playing career. At a shade over 5’10 and barely 180 pounds, the former Red Wing had to tussle with players much bigger than he was. But Gallant persevered.

That same moxie he showed on the ice for Detroit, is working for Gallant this post-season as he has the Vegas Golden Knights in the Conference Finals. Behind Gallant and a strong, gritty mix of veterans and youngsters, the Golden Knights are doing things no other first-year team has ever done.

The Vegas Golden Knights are the first true expansion team in any of the four major sports to finish in first place. They are the first to win a playoff series, and the first to advance to the Conference Finals in the NHL. The Knights and Gallant are only four wins away from playing in the Stanley Cup Finals. The Knights will face the winner of the Winnipeg/Nashville series in the Western Conference Finals. The Cinderella run of this expansion team, which has a lot in common with their coach, is the talk of the NHL.

Gallant was born on Prince Edward Island in northeast Canada, a beautiful island known for perhaps the best seafood in the world. It was also known as the potato capital of Canada, which is why Gallant was called “Spuddy” by his teammates. Gallant was drafted by the Red Wings in the sixth round of the 1981 NHL Draft. The 17-year old Canadian was only 5’8 1/2 and about 160 pounds when he was drafted. He looked more like the kid who should be sweeping the ice, which is what he often did when he was younger to get free rink time.

By the time he debuted with the Wings in 1985, Gallant had filled out a bit, but he was still small compared to most forwards in the league. Perhaps because he was always smaller than his competition, Gallant earned a reputation for being a fighter. “He has the [fighting] instincts of a big defenseman,” coach Jacques Demers said. 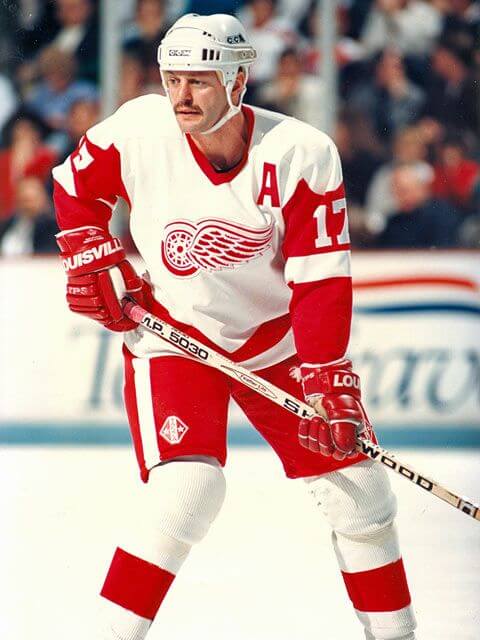 Gallant played on Detroit’s top line with center Steve Yzerman and forward Paul MacLean, and later Bob Probert. he served in the role of power forward, squaring off against the other lines most physical player. By his third season, Gallant was evolving into a scoring threat with skating partner Yzerman. Gallant’s 1988–89 stat line of 39 goals, 54 assists, and 230 penalty minutes was the first time in NHL history that a player had score at least 30 goals, recorded 50+ assists, and also accumulated 200 penalty minutes.

Former Wings head coach and later Ottawa Senators scout Nick Polano said of Gallant: “He was a tough kid, a tough competitor… and I’ll tell you, he was a shit to play against.”

Gallant went on to play for the Lightning, but his NHL career ended when he was still just 30 years old. He attempted a comeback with the Detroit Vipers in the mid-1990s but only played a handful of games. Instead, he made the transition to the back of the bench.

After stints coaching in several professional leagues and for Team Canada in international play, Gallant was hired as head coach of the Columbus Blue Jackets in 2003. The Blue Jackets were a young team in only their fourth season in the NHL. Gallant improved the team to a respectable 35-43-4 record in his second season but he was fired the following year when his club got off to a rough start. In 2014 he was named head coach of the Florida Panthers. In his second year he improved the team by nine wins and led them to the playoffs where they lost in the first round. He was recognized as a finalist for the Jack Adams Trophy that season. The Panthers fired him early the next year, which proved to be a good thing for the Vegas team.

Team owner Bill Foley wanted an aggressive, experienced coach for his expansion team. Much anticipation surrounded the first-year team located in Las Vegas, the first pro team to play in the desert city. Gallant has proved to be just what Foley needed for his young team.

Fourteen months ago the team didn’t have a single player under contract, they barely had team offices, and they hadn’t yet finalized a team name. But they had more than 13,000 down payments on season tickets from rabid supporters in Las Vegas, and they had their eye on Gallant. Foley hired him in April of 2017, just eight weeks before the expansion draft that would fill their roster.

Foley paid $500 million to get a team in the NHL, and he hasn’t earned that money back yet, but he’s on his way after an incredible, emotional first season. The team started the schedule in the wake of the horrific mass shooting in Las Vegas. The players and franchise pledged support to the city and also quickly galvanized their fans around something positive to cheer for.

The Golden Knights won 51 games and totaled 109 points to finish first in the Pacific Division and fifth in the league in points. Their style of play is mesmerizing: they skate fast and are in constant pursuit of the puck. They’re tough and smart on the ice. Their goalie, Marc-Andre Fleury, is one of the most exciting and acrobatic net-minders in recent years. The team plays with a chip on its shoulder, much like their head coach did when he was fighting against bigger opponents in his career.