The great big warm, fuzzy rebuild that Al Avila wants you to love 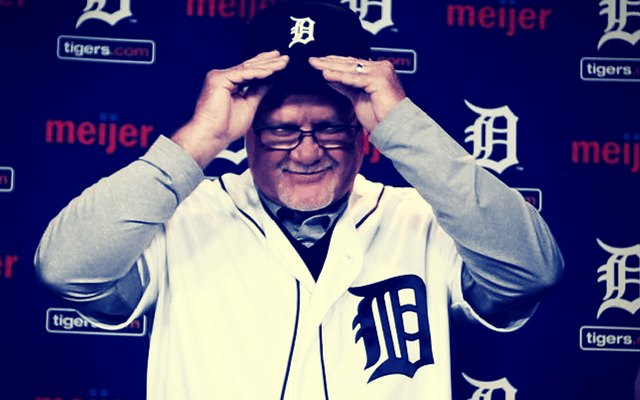 The hiring of Ron Gardenhire is designed to distract fans from the myriad of mistakes made by the Detroit front office the last three years.

Everyone’s at spring training now. The position players reported on Sunday and Tiger Town is teaming with fresh faces, albeit unknown ones.

Where do the Detroit Tigers go from here? North eventually. And unfortunately.

But to hear general manager Al Avila you’d think they were all at Disney World for the grand opening of a new attraction. Call it “Re-Tigerland” because it’s all predicated on a team rebuild.

You’re excited about the Tigers rebuilding aren’t you? Well you better be. That’s the product they’re selling us for the foreseeable future. I expect the programs in Lakeland to have hammers and drywall on the cover. Let’s see Ron Gardenhire with a sandblaster! Let’s have Miguel Cabrera with safety goggles and a saw! How about Victor Martinez on a ladder?! Well, be careful on that last one.

Avila has reason to want Tiger fans to buy into the rebuild — it keeps them distracted from what brought the team here.

The roots of this rebuild go deep, back at least four years to when Avila was an assistant to general manager Dave Dombrowski, and a favorite of then-owner Mike Ilitch. In the spring of 2014, the team made a contract offer to pitcher Max Scherzer, who was just coming off a breakout season and his first Cy Young award. With free agency staring him in the face at the end of the ’14 season, Scherzer was interested in securing a lucrative long-term contract. The Tigers made an offer, a fair offer, but an offer that was not near the top of the market at that time for a #1 starter. Scherzer politely declined and stated his intention to play out the 2014 season and see what his value would be on the open market. Ilitch had a tantrum. He informed Dombrowski to halt negotiations with Scherzer, essentially writing off his 29-year old ace. Mad Max led the AL in wins, set a personal record for strikeouts, and signed a deal with the Nationals after the season for a lot more than Ilitch was offering. But the exit wasn’t inevitable. Instead of pursuing Scherzer, Ilitch ordered Dombrowski to resign Victor Martinez and the Tigers sunk $68 million into a 36-year old designated hitter. Scherzer has won two Cy Youngs and thrown two no-hitters since leaving Detroit. VMart has hit 48 homers in the three years of his four-year deal that still owes him $18 million and he’s posted a .412 slugging percentage since Ilitch paid him like a superstar.

In August of 2015, days after orchestrating trades that netted the Tigers young talent during a season that was going nowhere, Dombrowski was axed by Ilitch. His crime? Not coaxing a fifth consecutive division title and not delivering the World Series title coveted by the aging Ilitch. Forgotten were the deals, most of them insanely clever, that brought Miguel Cabrera, Austin Jackson, David Price, and even Scherxer to Detroit to next to nothing. Forgotten was the drafting of Justin Verlander and the acquisitions of Carlos Guillen, and the signing of Magglio Ordonez and others who proved pivotal in turning the franchise around. All were Dombrowski decisions. Apparently Ilitch had started to think he was responsible for the Detroit revival, when his only great decision was the hiring of Dombrowski.

Naturally, Dombrowski was snatched up by the Red Sox and given a position with complete control of baseball decisions in Boston. Ironically, his genius was appreciated elsewhere while Ilitch was trying to whitewash it in Motown. The senior Ilitch installed Avila as his general manager, a move that has yet to show any semblance of wisdom. Meanwhile, Dombrowski’s final moves (the trades that got him fired) were delivering the 2016 AL Rookie of the Year (righthander Michael Fulmer) and two more starting pitchers with promise.

With Fulmer pitching brilliantly as a rookie, the Tigers were in the thick for a playoff spot in 2016. Even with the emotionless Brad Ausmus at the wheel (Dombrowski’s lone bad hire), the 2016 Tigers seemed poised to pounce on a wild card spot as the summer wore on. But Avila made the same costly mistake twice and cost the team a chance. In August and again in September, Avila and his scouting staff declared Jordan Zimmermann healthy. The righty (a costly free agent signing that was supposed to fill the Scherzer void somehow) had been on the shelf for weeks with neck pain. But twice he was brought back to start games for the Tiger and twice he was shelled, the first time returning to the disabled list. After the first evaluation mistake, you’d think the front office would have learned, but they allowed Zimmermann to make another crucial start. In those two starts, Zimmermann faced 24 batters total, with 16 of them reaching base and 12 of them scoring. He allowed five home runs in 2 2/3 innings. The Tigers lost both games. They missed the playoffs by one game.

Last season the team came back basically with the same group of players and the same listless manager. They had gaping holes at center field and in the bullpen. Avila didn’t nothing to shore them up. His answer was to trade for Mikie Mahtook and let Anibal Sanchez and the still injured and ineffective Ziummermann make 46 combined starts at an ERA north of 6.25. Yuck.

Somehow, with veterans Justin Upton and Verlander and slugger JD Martinez leading the way, the ’17 team managed to not suck. A week after the All-Star break after a little winning streak, the Tigers were only five games out of first place and three games out of a wild card spot. But the patchwork pitching staff wilted under the heat of summer, and then Avila swung his hammer and brought the franchise crumbling down. Exit Upton, exit JD, exit his son Alex, exit Justin Wilson (one of the only Detroit relievers having a decent season), and finally exit Verlander. After the shocking trade of JV at the stroke of midnight at the August 31 trade deadline, Detroit lost 24 of 30 games to limp to the finish line. The team was gutted and under the lame duck Ausmus, also gutless.

Avila trotted out in front of the press and declared “an era was over” and “the time rebuild is now.” He actually told fans to expect to accept losing for a while, explaining that it was a natural cycle that comes after years of being competitive.

A team doesn’t have to be ripped apart to be a winner again. The Tigers weren’t reacting to a natural cycle of competitive and non-competitive stretches of professional sports. They were stuck with the bad decisions they’d made since 2014. The failure to even entertain resigning Max Scherzer, the best starting pitcher in baseball. The failure to make good free agent signings instead of throwing money at geriatric VMart and the empty shirt Jordan Zimmermann. The Tigers are now stuck in a bad spot because they failed to have contingency plans for staying relevant. And because they didn’t have a competent front office leader after Ilitch impulsively fired the best general manager in baseball.

But no one wants to talk about that now. And Avila and Co. certainly don’t want fans and the media to realize the reality of how the team got here. Of why the team felt it was necessary to trade Verlander, a cornerstone of the franchise, a man who one day will wear a Detroit cap on his bronze plaque in Cooperstown.

Instead, Avila wants Tiger fans to be thankful for the ten-year run that started in 2016 and brought competitive and winning baseball to the Motor City. Instead, Avila would like you to believe that this is the price every team must pay for success: a five year stretch of losing and sucking.

Well, to quote a certain Mr. Blutarsky from Animal House: “Not me! I’m not gonna take this.”

I’m not buying what they’re selling, folks. You want to think we had to suffer through 95 or 100-loss seasons, go right ahead. It’s your choice. You can believe that it was inevitable that the Tigers would have to stink to get better. Nope, not me. There are several indications (and I’ve outlined many of them) that prove the Tigers could have made better decisions all along. They didn’t need to destroy in order to retool. They didn’t need to burn it all down to get green growth. The only adult in the room has been gone for a few years and now he has an office in Boston. We’re left with the B team in the front office. Let’s just hope the B team they put in uniform is better than they think they are.

One reply on “The great big warm, fuzzy rebuild that Al Avila wants you to love“