The Guide to Being a Detroit Sports Fan

What does it mean to be a Detroit sports fan? What should we all know? What do we need to know? Not everyone has the answers to these questions, so I wrote them all down in one place. Enjoy.

February 22, 1934
Sparky’s birthday — it should be a Michigan holiday.

January 5, 1991
That’s the last time the Lions won a playoff game, when they defeated the Cowboys 38-6 at the Pontiac Silverdome.

March 26, 1997
Fight Night at The Joe. This was when we exacted revenge on the goons from Colorado.

September 27, 1999
The final game was played at Tiger Stadium.

May 24, 2004
That’s the night of “The Block,” when Tayshaun Prince swatted away a layup by Reggie Miller that would have probably given the Pacers a win in Game Two of the Eastern Conference Finals. Instead, Prince’s play led to a Detroit victory, and the team eventually went on to win the NBA Title.

The Old English D
The Winged Wheel
The Circle Logo

The Teal Pistons
The Tiger in Hiding
The “New” Lions Logo

Brown won a title in Detroit, but like anywhere he went, he was not well-liked. He might be the most unlikable head coach in Detroit sports history, and considering the recent dunderheads who’ve led the Lions, that’s saying a lot.

“Two for the price of one.”

If someone shows a replay of the grand slam by David Ortiz in Game Two of the 2013 AL Championship Series. Seeing Torii Hunter flip over and disappear beyond the wall is like watching World Series dreams go down the drain. Because that’s precisely what it was. 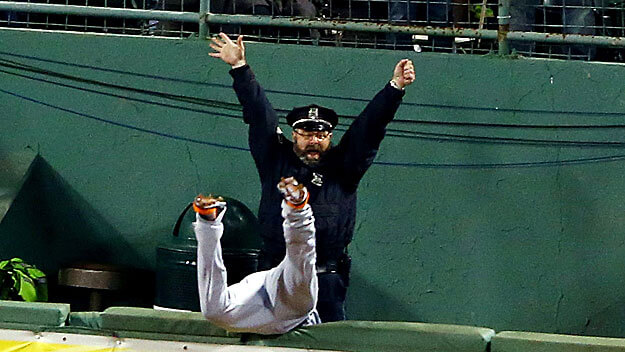 Honorable mention:
When you see the clip of Larry Bird stealing the ball from Isiah Thomas in Game Five of the 1987 Eastern Conference Finals at the Boston Garden.

Bumper Stickers on our Car 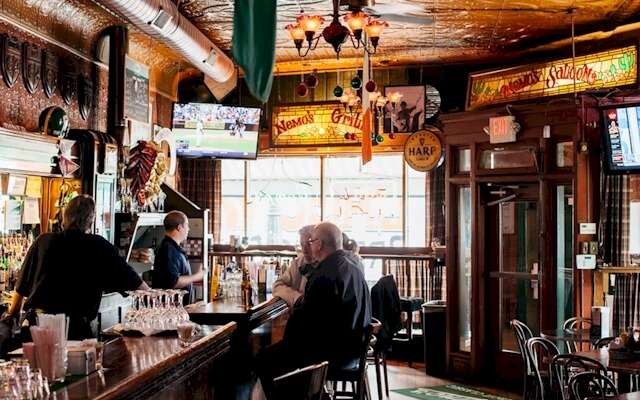 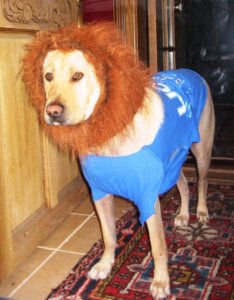 15 Pet Names for Detroit Sports Fans to Give Their Animals

Popular Songs That Mean More To a Detroit Sports Fan

“Another One Bites The Dust” by Queen

“The Final Countdown” by Europe

Guys Who Could Do No Wrong, Until…

You’ve Probably Never Heard of Them, But You Should

Fred Zollner
Zollner was a visionary in many ways, instituting new methods in his auto parts manufacturing plants in Fort Wayne, Indiana. His main product was pistons, and the primary reason he’s still remembered is that he moved his NBA team from Fort Wayne to Detroit in 1957. Zollner was the first owner to fly his team to away games, the first to use video to analyze game performance and scout other teams, and a pioneer in the use of marketing and promotion. Unfortunately his teams in Detroit were pretty terrible, and after about two decades he sold them to William Davidson, who eventually built a dynasty.

Norman “Turkey” Stearnes
Until 1947, black player could not compete in Major League Baseball. The Negro Leagues were the only place players of color could show off their skills. The best black player in the Negro Leagues was Turkey Stearnes, an outfielder who played for the Detroit Stars in the 1920s. Stearnes may not have been as great a hitter as Ty Cobb or Harry Heilmann, but he was a hard-hitting outfielder in their mold. He led the NNL in home runs three times and in batting twice. He was later elected to the Baseball Hall of Fame.

Tobin Rote
He only played three seasons for the Lions, but QB/RB Tobin Rote was one of the most talented and unique football players in history. The Lions had Bobby Layne at quarterback, but the famous playboy was notorious for his hard-drinking ways, and the team needed insurance. In 1957, Rote served as the Lions best rushing threat, and then late in the season when Layne was injured, he stepped in and led the team to a 4-1 record. In the Lions first playoff game, Rote guided the team back from a 27-7 deficit to defeat the 49ers, scoring three touchdowns himself. In the NFL Championship Game a week later against Cleveland, Rote rushed for one TD and threw for four as he almost single-handedly thrashed the Browns, 59-14. With Rote in their backfield, the Lions were free to trade the troubled Layne the following season.

Guys We Loved, But Would Have Hated If They Were On the Other Team

Tattoos No One Would Blame You For Getting On Your Neck 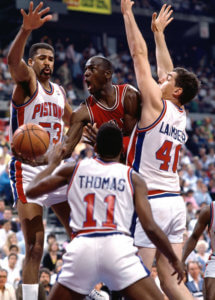 Lou Fontinato (because he tried to bully Gordie Howe)

Jim Joyce (because he took a perfect game away from us)

Jared Weaver (because he’s a jackass)

Things That Are Irrational, But Detroit Fans Believe Them Anyway

New York Sucks:
The Tigers and Yankees have never really been big rivals. During the stretches that the Yanks dominated the AL, they were never challenged by Detroit. The only three times the two teams have met in the playoffs, Detroit has actually won each time. Many Detroit fans cry that New York teams “buy championships” but overlook the times when Detroit teams (notably the Red Wings of the 1990s onward and the Tigers at times) have done that.

Barry Quit On Us:
The greatest running back in history retired at the age of 31. He had a few years left on his contract with the Lions, but he walked away from the game and the money. Many Detroit fans are still stinging from it. Some even call Barry a “quitter.” That’s absurd. Barry Sanders earned every yard and every accolade on the football field and he made it thrilling to watch the Lions. He earned the right to retire whenever and for whatever reason he wanted.

The Lions Will Never Win As Long as the Ford Family Owns Them:
Actually, that is rational, and it’s correct.

Books Every Detroit Sports Fan Should Own

“Mr. Hockey” by Gordie Howe
“The Babe Signed My Shoe” by Ernie Harwell
“Ty Cobb: His Tumultuous Life and Times” by Richard Bak

Worst Time to Have Been a Detroit Sports Fan

Late 1970s:
The Pistons lost 66 games in 1979-80 in the midst of a six-year run of losing seasons. The Lions were wrapping up a decade with a miserable 2-14 season that gave them a 66-71-3 record in the last nine years with zero trips to the playoffs. The Tigers were in a rebuilding phase that included 11 straight seasons without a postseason appearance. The Red Wings were the worst of the lot, failing to reach the playoffs in 15 of 17 seasons from 1967 to 1983. The team had ten head coaches in the 1970s.

Best Time to Have Been a Detroit Sports Fan

The City of Champions:
The Tigers won the World Series on October 6, 1935. Ten weeks later, on December 15, the Lions thrashed the Giants 26-7 to win the NFL title. On April 11, 1936, just six months after the Tigers started the championship run in the Motor City, the Red Wings defeated the Maple Leafs to win the Stanley Cup. That gave the city three titles at the same time and earned Detroit the nickname “City of Champions.” The Red Wings would win the Stanley Cup again in 1937, and meanwhile Detroit’s own Joe Louis was the heavyweight champion of the world. All three championship teams of this era boasted iconic stars, led by Hank Greenberg, Charlie Gehringer, Dutch Clark, and Syd Howe.

Honorable Mention:
2002-2014. The Pistons returned to prominence in 2004, winning their third NBA Title. That team would eventually appear in back-to-back Finals and also make it to the Eastern Conference Finals six straight times from 2003 to 2008. Meanwhile, the Red Wings put a legendary team on the ice with several future Hall of Famers, including Steve Yzerman as he wound down his career. The team advanced to the Cup Finals three times in this period, winning it all in 2002 and 2008. The team was in the middle of a 25-year streak of making the playoffs. The Lions were pretty bad (to say the least for much of this stretch), but they did make three playoff appearances and boast one of the greatest wide receivers in league history in Calvin Johnson. Finally, the Tigers rebounded from the worst period of their history and went on a great run, arguably the best period in franchise history. In 2006 they won the pennant, and five years later they started a streak of four consecutive division titles and another pennant. The team had a trio of award-winning superstars: Justin Verlander, Miguel Cabrera, and Max Scherzer.

Second Honorable Mention:
The mid-to-late-1980s: when the Tigers won a World Series (1984); the Pistons won back-to-back titles (1989-90); the Red Wings had a fresh-faced superstar in Steve Yzerman; and the Lions boasted a dynamic running back named Billy Sims.

Things a Detroit Sports Fan Must Fight Over

If anyone suggests that Emmitt Smith was a better running back than Barry Sanders.

When some hater claims the Bad Boys were “cheaters”

Conversation Starters that Will Work With Any Detroit Sports Fan

“Where were you when Gibby hit the homer in Game Five?” (or insert “Magglio Ordonez and Game Four” if you’re younger)

“Isiah should have been on the Dream Team.”