Guillen was one of the best deals the Tigers ever made 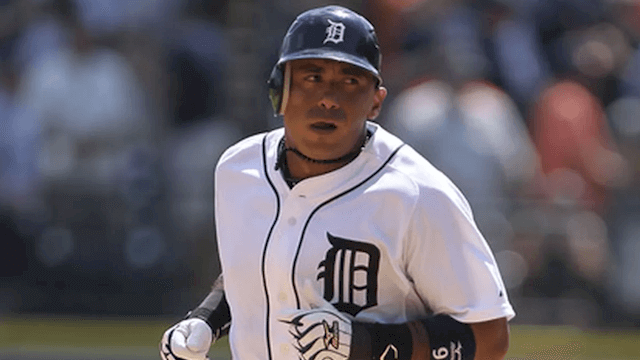 When we talk about the best trades in the history of the Detroit Tigers, a few quickly come to mind. Steve Demeter for Norm Cash. Steve Kemp for Chet Lemon. Cameron Maybin and others for Miguel Cabrera. One of those three trades is the best ever.

But the deal that brought shortstop Carlos Guillen to the Tigers on January 8, 2004, ranks up there as well. At the time it looked like a smart trade, but it was quickly overshadowed by the news that Detroit had landed free agent catcher Ivan Rodriguez. Entering the ’04 season, Pudge’s face was put on media guides and score books, while Guillen was largely forgotten. But Guillen lasted twice as long in Detroit as Pudge and was very important for the Tiger revival.

The team that drafted Guillen, the Seattle Mariners, never warmed to the idea of him being an everyday player. The switch-hitter seemed to them like a fine utility player who could spot start at short, third, and second as needed. That’s largely how they used Carlos during his six seasons with Seattle. Want evidence of their assessment of Carlos? When the M’s parted with Guillen they traded him to the Tigers for Ramon Santiago, a switch-hitting utility infielder.

But Detroit general manager Dave Dombrowski had different ideas. He saw the 28-year old infielder as his future shortstop. So did manager Alan Trammell, who wrote Guillen’s name in as his shortstop on opening day and kept him there. Save for an injury in the final month of the season, Guillen was a star, hitting .318, the highest figure by a Detroit shortstop since Trammell more than a decade earlier.

“He can do everything from each side of the plate, which is pretty unusual,” Leyland said in 2007. The manager was right: Guillen posted good power numbers as both a lefthanded and righthanded batted.

In Detroit, Guillen emerged as a team leader almost immediately. In an environment where he felt wanted and valued for the first time as a big leaguer, he gravitated to Rodriguez and Magglio Ordonez, two veterans and fellow Latinos in the clubhouse. That leadership quality and his dedicated, competitive approach on the field made him popular in the city.

The biggest hit of Guillen’s career came on a big stage: Yankee Stadium in The Bronx in the playoffs. It was Game Two of the AL Division Series between the Tigers and Yankees. Detroit had been blown out in the first game after having squandered their lead and falling to the wild card spot in the regular season. Rookie Justin Verlander was on the hill and there was some doubt whether this young Tiger team belonged in the postseason with the mighty Yankees. The Yankees led 3-2 in the top of the sixth when Guillen came up to the plate to face Mike Mussina, the tough Yankee hurler. Mussina fell behind after tossing two pitches on the edge of the plate that were called balls. On his next pitch, Guillen lofted a ball into the stands in right field to tie the game. Detroit later won on a triple by Curtis Granderson and did not lose another game until they were in the World Series.

In the long history of the Tigers the list of best shortstops starts with Trammell, then there are the old timers Donie Bush and Billy Rogell. Some will want to throw in the name of Travis Fryman, but among that group after Trammell belongs the name of Carlos Guillen, the switch-hitter who helped Detroit become respectable again.