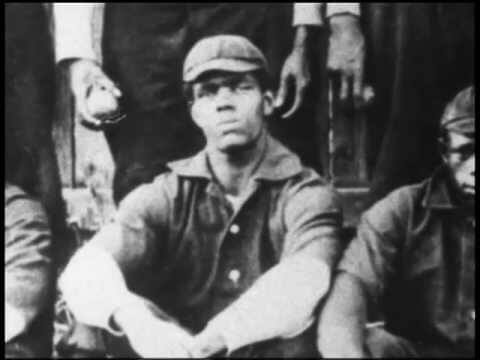 Outfielder Pete Hill was a standout for the Detroit Stars in the years before and just after World War I.

It is easy to forget about the Detroit Stars.

The Negro League team was one of the cornerstone teams of the original Negro National League and had a strong team during the 1920s.

But the success didn’t have the longterm impact of teams like the Kansas City Monarchs or Homestead Grays, so the Stars often are forgotten.

Many baseball fans—especially in Detroit—have heard of the great Turkey Stearnes, who holds the record for most career home runs in league games in the Negro Leagues, and was elected to the Baseball Hall of Fame in 2000. He has a great nickname and was one of the greatest players in baseball history.

But there were many other stars on the Stars.

Born in 1882 in Culpeper, Va., Pete Hill was a tremendous outfielder who had the misfortune of being born a little too early. He played for 15 years in pre-Negro Leagues baseball, beginning his career all the way back in 1905 for the Cuban X Giants.

Unfortunately, statistics in pre-Negro Leagues baseball games were worse kept then Negro Leagues games, which wasn’t much better, so a lot of the heroics of players like Hill and Martin Dihigo and other earlier stars were known only at the time—if at all—and there was no statistical evidence to pass along.

Hill played for the Cuban X Giants in the U.S., then played for several teams in the Cuban league during the winter. Early stops took Hill from Havana to Brooklyn to Philadelphia, Pittsburgh and Chicago.

In Chicago, he joined the legendary Chicago American Giants, run by Hall of Famer Rube Foster, who would pioneer the Negro National League in 1920. Hill played for five seasons for the independent American Giants, twice batting better than .300.

At age 36, Hill moved to Detroit to join the Detroit Stars, still an independent team in 1919. Hill batted .396 that season and was also the manager.

Hill was still the manager in 1920 when the Stars became part of the first Negro National League. He would remain with the Stars for the 1921 season. He did not play in 1922 and played with Milwaukee and Toledo in 1923, then finished his career with two seasons as part of the Baltimore Black Sox in the Eastern Colored League.

Hill’s career average was .296 for league games, though that is far from comprehensive given the barnstorming schedules and lack of credible statistics.

The Chicago Defender, one of the leading black-run newspapers in the country, wrote in 1910 that Hill can “do anything a white player can do. He can hit, run, throw and is what is termed a wise, heady ballplayer.” The same newspaper wrote in his obituary that Hill “helped put Negro baseball on the map.”

Hill died in 1951 in Buffalo, N.Y., just four years after Jackie Robinson broke the color barrier in the major leagues.

What we do know is that Hill was one of the greatest outfielders of a generation, and since he played before the Negro National League was formed, his stardom was buried in even more obscurity—and was a generation further back in history.

Hill has a plaque in Cooperstown so that baseball fans who visit that small hamlet will always remember him. He was inducted into the Hall of Fame in 2006 by the same special Negro League Committee that elected former Detroit Star Andy Cooper (we will get to him in an upcoming post).

But for as great a player as Hill was, his career, like many of his time, are full of what ifs. What if he was white? What if he played in the Negro Leagues in the Satchel Paige/Josh Gibson heyday of the 1930s and 40s?

Thankfully, we don’t have to ask, what if he is never remembered? His place is in the Hall of Fame and for that, he will always be remembered.