The Hall of Fame case for Lou Whitaker 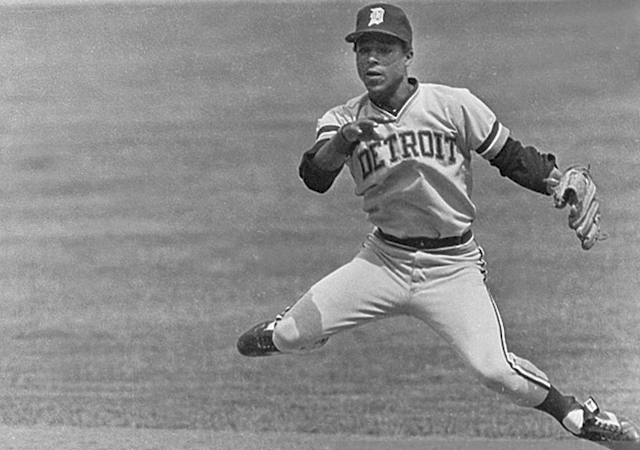 Next month, baseball will gather for the annual winter meetings. Fittingly, those meetings will take place in San Diego, where Lou Whitaker led off the 1984 World Series with a double in the gap and scored a moment later on a single by Alan Trammell. No, Sweet Lou won’t be at the winter meetings representing the Tigers, but his name will be prominent as the Baseball Hall of Fame veterans committee weighs his merits as an inductee.

Trammell was inducted two years ago, along with pitcher Jack Morris, who, in part thanks to Lou’s leadoff double, won that first game of the World Series in San Diego 35 years ago. Even before his teammates were anointed as baseball legends, Whitaker’s name has been near the top of the list as one of the most deserving candidates for enshrinement. Now, as one of the ten players up for consideration by a special committee of 16 voters, Whitaker’s chances seem promising.

I probably watched Whitaker play more than 1,500 of his 2,390 games. I was ten years old when he and Trammell became the starting double play combo in Detroit, 16 when they won the World Series in ’84, and 27 years old when I watched the pair play their final game together at Tiger Stadium. I know how good he was, and I know how small a difference there was between Lou and Tram. Though the two have differences, their impact on the field was almost identical. I support Lou’s election to the Hall of Fame. I’ve written thousands of words in support of Trammell, Morris, and Whitaker. I’ve argued their merits and, frankly was a bit surprised the committee elected Trammell and Morris together. It shows an evolution of thinking by the committee, or maybe it shows a willingness to go against the decisions of the Baseball Writers Association of America.

But what I think doesn’t matter. The 16 men on that committee are the decision makers. For their sake, it’s an appropriate time to examine Whitaker’s credentials, so here I go.

There are several ways to measure worthiness for the Hall of Fame. One of them is career value, where longevity is rewarded. Whitaker had one of the longest careers by a second baseman. Only three men played more games at second base:

Collins, Morgan, Alomar, and Fox are all in the Hall of Fame. But longevity is only one way to look at career value. Effectiveness is another. Wins Above Replacement (WAR) is the current gold standard of advanced statistical measurement. A season of 4-WAR is considered All-Star caliber. Whitaker rates among the leaders in All-Star caliber seasons, according to WAR:

Only Randolph is not in the Hall of Fame, but his career statistics are not quite the measure of Sweet Lou. Clearly, based on impact seasons (measured by All-Star quality years), Whitaker is among the best second basemen to play the game. He has the same number of 4-WAR seasons as Joe Morgan. By this standard, we see that Whitaker was not merely “taking up space” and accumulating career stats, he was playing at a high level for many years. Here are the top ten second basemen ranked by Career WAR, through the end of the 2019 season:

Sweet Lou rates just behind Charlie Gehringer, another great Detroit second baseman, in career Wins Above Replacement. Seven of the ten players on the above list are in the Hall of Fame: only Whitaker, the interminably underrated Bobby Grich, and the as-yet-eligible Robinson Cano are not.

So there you have it: Whitaker rates in the top handful of second basemen in terms of games played, All-Star quality seasons, and he ranks sixth in career Wins Above Replacement. He measures up well no matter how you look at career value, and notably ranks ahead of several players at his position who are already enshrined, for example Ryne Sandberg, Craig Biggio, and Billy Herman.

With peak value, we’re asking: “How dominant was this player when he was at his best?” There are a few ways to answer that question. Sticking to Wins Above Replacement, let’s look at how Whitaker matches up against the all-time great players at second base. First, here’s a list of second basemen ranked by their seven best seasons:

As we can see, Whitaker does not rate as well by this criteria of peak value. He is 20th among second basemen, which is still impressive for all-time, but he’s lumped in with Chuck Knoblauch, Randolph again, and current player Ben Zobrist. None of those second basemen feel like Hall of Famers.

But of the players in the #15-25 range in WAR7, Whitaker had by far the most productive career. He may not have distinguished himself as a dominant second baseman at his peak, but he was better than Hall of Famers Bobby Doerr, Billy Herman (#29), and Tony Lazzeri (#30). And none of those players had as many good season or played nearly as many games as Sweet Lou.

Here’s another way to measure peak value. The chart below lists Hall of Fame second basemen based on their five best consecutive seasons, with Whitaker added for comparison:

For career value, Lou Whitaker rates among the five to ten greatest second basemen to ever play the game. He ranks sixth all-time in Wins Above Replacement at his position, ahead of 2/3 of the second basemen in Cooperstown.

In terms of peak value, Whitaker is not as strong a candidate. His strength was not high-level MVP caliber seasons, instead his career was filled with several All-Star quality years. He had ten of those, a figure surpassed by only two other second basemen (three if you count Hornsby’s seasons at shortstop).

There are the traditional factors too. Whitaker is one of the most versatile second basemen in history. Consider this:

Whitaker, Morgan, Alomar, Ryne Sandberg, and Robby Cano are the only five second basemen to win multiple Gold Gloves and also have 2,000 hits, 1,000 RBIs, and 200 homers.

Sweet Lou was not only a pesky offensive player, with a quick bat, unusual power for his size, and great strike zone awareness, he was also one of the elite defensive players at his position in baseball history.

Now that the Hall of Fame has cracked the seal on players from the 1980s (finally electing Trammell, Morris, and adding others previously like Raines Andre Dawson, and Jim Rice), it appears Cooperstown’s ranks will soon welcome more stars from that era. Sweet Lou Whitaker, based on his sustained excellence, his offensive versatility and role as a leadoff man for a championship team, his part in baseball’s longest-running double play duo, and his Gold Glove defense, deserves his plaque on the wall.