This year marks the 40th anniversary of the legendary 1968 Detroit Tigers season.  There is no doubt that sometime later in the year, the Tigers management will acknowledge the team and its players with some type of tribute.  Why not on Opening Day?

I propose that Mickey Lolich, our three game ’68 World Series winner, be asked to throw out the first pitch of the 2008 season.  On the brink of a championship-potential year, it would be great if the Tigers highlighted their former champions in a meaningful way.  Would it be too much to ask to have Lolich toss it in to his battery mate, Bill Freehan?

Note to Tigers: make a statement.  In baseball, legends matter.  Politicians do not. 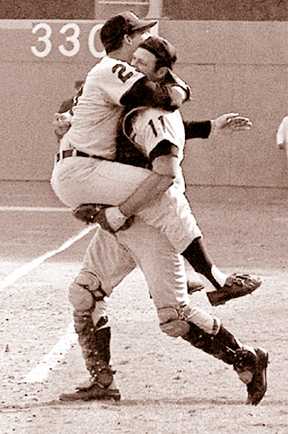 One reply on “Honor Lolich, ’68 Tigers with Opening Day Ceremony“