Jack Morris is wrong to take issue with Miguel Cabrera 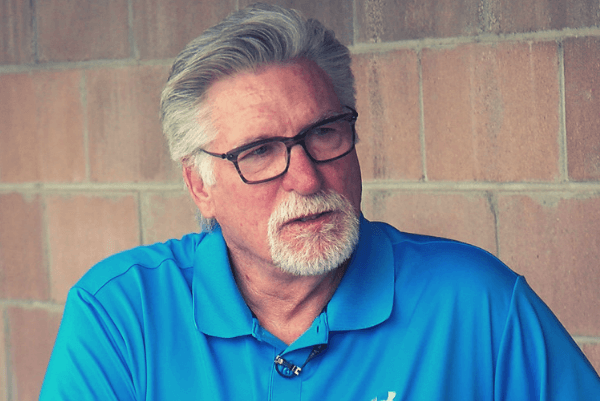 Former Detroit pitcher and Hall of Famer Jack Morris recently criticized Miguel Cabrera for not being a team leader in 2019.

The last time the Detroit Tigers were a championship team, Jack Morris was their ace pitcher. He won three games in the postseason during the magical 1984 season. But for all he did that year, there was something he couldn’t do: be a clubhouse leader.

Which is why it’s puzzling that Morris recently called out Miguel Cabrera about his perceived lack of leadership for the current Tigers. Not only did the former Tiger pitcher and Hall of Famer make a point of finding Cabrera at the ballpark to discuss the issue, Morris has gone public with his thoughts.

But when Morris was still prowling the mound he was far from Mr. Team. During the ’84 season for example, Morris lashed out at the media and refused to speak to reporters for weeks. He pouted so much that a few of his teammates confronted him, and his manager called him a baby. For all his bravado on the diamond, Morris was sensitive and prickly off the field, and he was never the clubhouse leader in Detroit. It’s troubling that Morris has implied that he was.

“We had accountability in our clubhouse,” Morris, said in an interview earlier this month. “Nobody ever got too far out of line without somebody taking charge and getting it back in line.”

That’s true, the Tigers had leaders and accountability in the clubhouse during the Morris years, but those leaders didn’t include Jack Morris. If anything, Morris was one of the stars who needed to be reigned in when his feelings got hurt. Kirk Gibson, Alan Trammell, Larry Herndon, Dave Bergman, and Darrell Evans were noted leaders on the team in the 1980s. And their presence points out something different that hasn’t gone noticed.

“But who did he have in the clubhouse with him? What mentalities did those guys have?” asked Nick Castellanos, who was the Tiger most offended by the Morris comments. “How much experience did those guys have? What place were those guys in their career? Those were all ingredients that come into play when you’re creating a team that’s going for a World Series.”

Castellanos is spot on. The 1980s Tigers, the team built around Trammell and Lou Whitaker, as well as Gibson, Morris, Chet Lemon, Herndon, and others, was a group of strong-minded players with tremendous talent. They were jelling together, moving in unison in the prime of their careers. Many of the members of that team are some of the best to ever wear a Detroit uniform, and several were All-Stars. The 2019 Tigers are nothing of that sort, and that’s not the fault of Cabrera.

The 2019 season is a full-blown rebuild dumpster-fire. It’s a bumpy, pothole-filled cul-de-sac with a sign at the end of the street reading “LOSER.” The Tigers won’t likely reach the 119 losses of the 2003 team, but 100 is a certainty, and for the first time in franchise history the team will lose 98+ games in three straight seasons.

Most of the roster is comprised of also-rans, never-wasses, and career minor leaguers who are lucky to be earning a big league paycheck. The few legit major leaguers are left in limbo, sitting in a clubhouse where they can’t be sure who will be here after the trade deadlines. The most legendary player on the team has been unfairly pilloried about his salary and chastised for his lack of production despite playing with injuries. It’s one thing for ignorant what-have-you-done-for-me-lately fans to pile on the former two-time MVP and Triple Crown winner, it’s another thing for a former player to criticize him from inside the organization.

“You can’t ask a guy to be anything he’s not,” Morris said. “Miggy has always loved the game. He has fun playing the game. That’s who he is.”

No kidding. We know, we’ve been watching Miggy for more than a decade, and even with his diminished capacity, he’s still a future Hall of Famer, and he’s our future Hall of Famer. Did people crawl all over Al Kaline the last few years of his career because he wasn’t winning batting titles? When folks bark about Miggy’s paycheck, where are they when Chris Ilitch is writing checks for millions of dollars to pitchers who are no longer on the roster? Isn’t playing hurt a sign of leadership? Isn’t wanting to be on the field to earn your money the sign of a leader?

“What makes a rebuild hard is you don’t have kids that believe they’re going to win a world championship,” Morris says, “It’s a whole different mindset.”

Morris misses the point, which shows why he never was a clubhouse leader himself. (Few pitchers ever are). The Tigers don’t need a rah-rah leader, or a kick-em-in-the-ass guy, that won’t work with a team that isn’t built for anything. How many guys on this current roster will be in a Detroit uniform when the Tigers are “ready to compete” again? I venture to say none. The next group of Tigers who will win more than 81 games is in the minor leagues. How does Miggy lead them, through FaceTime?

A close look at Cabrera’s comments in response to Morris reveals the telling truth.

Those are the words of a leader. He doesn’t get bitter, he doesn’t lash out at Morris. Instead, Miggy explains to Castellanos how to handle outside criticism. That’s leadership.

Maybe Jack Morris has accomplished one thing: he’s revealed to us all that Miggy is the leader of this team, despite the challenges that currently presents.