Lions have themselves to blame for another playoff loss 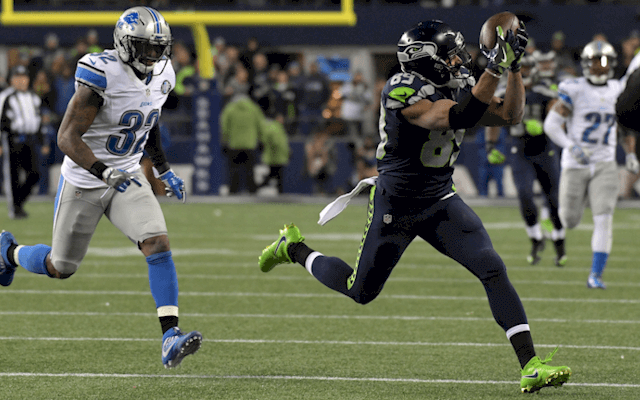 The Detroit Lions made a lot of mistakes in their 26-6 loss to the Seahawks in the NFL Playoffs.

Watching the Detroit Lions in the playoffs is thrilling, because they don’t often get there. But it is also excruciating because we all know how it will end up.

The Lions find new ways to lose, new ways to come up short and new ways to disappoint millions of fans who have somehow not given up on them after decades of hopes being dashed.

Saturday’s 26-6 loss to the Seattle Seahawks was no different.

Lions fans all know Seattle is about the toughest place to play (maybe outside Lambeau Field), but they also knew the Seahawks weren’t playing their best late in the season.

But it was they way they lost that was tough. Yes there were poor or missed calls by the officials, but that didn’t cost them the game. The once prolific Lions passing attack couldn’t get into the end zone even once.

Yes, Matthew Stafford’s injury played a part. But the Lions dropped several passes, including one by Golden Tate that made broadcaster Cris Collinsworth say, “Lions fans have gotta be sick.”

You bet. And it has been decades of sickness.

It is funny how championship droughts get talked about to death with the Chicago Cubs, Boston Red Sox, Chicago White Sox and the entire city of Cleveland finally getting the monkey off of their backs in the past 11 years. With the exception of Cleveland, those all had some kind of curse attached (The Bambino, the Billy Goat or the curse of Shoeless Joe and the Black Sox).

But Lions pain is much worse.

The Cubs had been to the playoffs several times before this season, including last year, only to come up short.

The Red Sox were famous for getting to close to a championship and have the rug pulled out from underneath them time and time again.

The Lions made it to the NFC title game in January of 1992 by beating the Dallas Cowboys 38-6. Since they had a bye in the wild card round, that win over Dallas remains the only Lions playoff victory of any kind since Detroit won the NFL Championship in 1957.

The Lions beat the Cleveland Browns that year for the title, and much has been made of the Browns’ struggle over the years, but even the Browns have won seven playoff games since then, with the Lions only winning one.

So with all respect to the Cubs, Red Sox, White Sox and the Browns, the Lions have had it worse than any team that has been a mainstay professional team. Yes, the Red Wings, Tigers and Pistons have had success and won championships, but for diehard Lions fans, that only makes the futility sting even more.