Lolich to appear at Detroit Historical Museum this Saturday 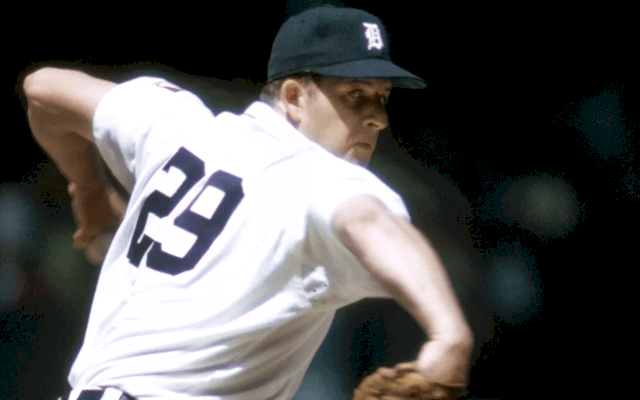 Mickey Lolich will be at the Detroit Historical Museum on Saturday October 6 to sign copies of his new book, Joy in Tiger Town, with Tom Gage and join Detroit’s legends by adding his handprints to the Museum’s Legends Plaza.  This is the final weekend for the Detroit Historical Museum’s popular baseball exhibit, The Year of the Tiger: 1968, which celebrates the Tigers’ championship year with unique items like game-used bats, uniforms and equipment along with artifacts from Tiger Stadium. Fans can see player lockers, the official 1968 World Champions pennant and an exact replica World Series trophy. Don’t miss your chance to meet the ’68 World Series MVP and catch this great exhibit before it closes:

The Detroit Historical Museum, located at 5401 Woodward Ave. (NW corner of Kirby) in Midtown Detroit, is open to the public Tuesday through Friday from 9:30 a.m. to 4 p.m. and Saturday and Sunday from 10 a.m. to 5 p.m. Admission is free. Parking in the Museum’s lot is $9 at all times. Group tour pricing and information is available by calling 313.833.7979. Permanent exhibits include the famous Streets of Old Detroit, the Allesee Gallery of Culture, Kid Rock Music Lab, Doorway to Freedom: Detroit and the Underground Railroad, Detroit: The “Arsenal of Democracy,” the Gallery of Innovation, Frontiers to Factories, America’s Motor City, and The Glancy Trains. For more information, call the museum at 313.833.1805 or visit our website at detroithistorical.org.