Lomas Brown helped make holes for Barry to run through 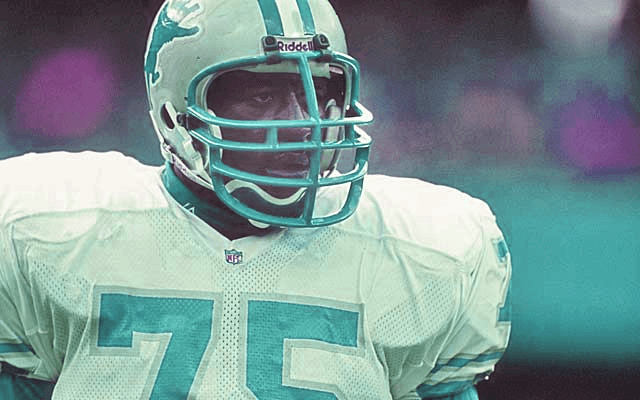 Being an offensive lineman in the Silverdome was a dream situation in the early 1990s.

Blocking for Barry Sanders provided a cushion and a confidence like no other running back in the history of the game. Sanders had the knack for bailing out his line whether the holes they provided were adequate or not.

In short, he made the line look good.

Lomas Brown didn’t need that cushion. He was plenty good.

The 6-foot-4 offensive tackle became a mainstay in the Detroit Lions line immediately after being drafted in 1985 out of the University of Florida.

Brown started all 16 games as a rookie and went on to start 251 games in his career. He started 163 of the 164 games he played with the Lions.

The big guy was a solid left tackle for the first five years of his career, but helped the Lions reach new levels after the addition of Sanders.

Brown began the decade of the 1990s my making his first Pro Bowl. He would go on to make seven in a row, being named first-team All-Pro in 1995.

He was one of the few offensive tackles in Detroit Lions history that was a stellar run blocker and pass protector. But he definitely had a preference.

“I would always like to see Barry with the ball in his hands, however you get it to him,” Brown said in 1994.

He was also a valued member of the Detroit community. At one point he penned an advice column in the Detroit Free Press, fielding questions from mostly young athletes asking how to navigate the life of student/athlete.

Brown dreamed of winning a Super Bowl with the Lions, something hundreds and hundreds of players have dreamed — of course none ever fulfilling that dream.

The closest he came was reaching the 1991 NFC Championship game when the Lions lost to Washington.

After 11 seasons, Brown moved on to the Arizona Cardinals for three years, before moving to the Cleveland Browns and New York Giants.

In 2000, Brown finally got his chance to play in a Super Bowl, as a member of the Giants. But the Giants lost to Baltimore in Super Bowl XXXV.

Brown was finally part of a contender again, but the Giants had a disappointing 7-9 finish the following season, leaving Brown’s dream in uncertainty.

It turns out Brown had one more season in him and it got him a Super Bowl ring. Brown joined the Tampa Bay Buccaneers in 2002 and played in 11 games, though for the first time in his career, he wasn’t the starter.

It was worth it. Brown is one of a select few players to retire as Super Bowl champions, having hoisted the trophy after Super Bowl XXXVII.

But he was never as dominant a force as when he was at the top of his game, blocking for Barry Sanders and leading the Lions to the playoffs.

Detroit has been in search of a worthy replacement ever since Brown retired and have yet to find someone who could run block and pass protect like No. 75.