Mystique helped Kell get his Cooperstown call at the right time 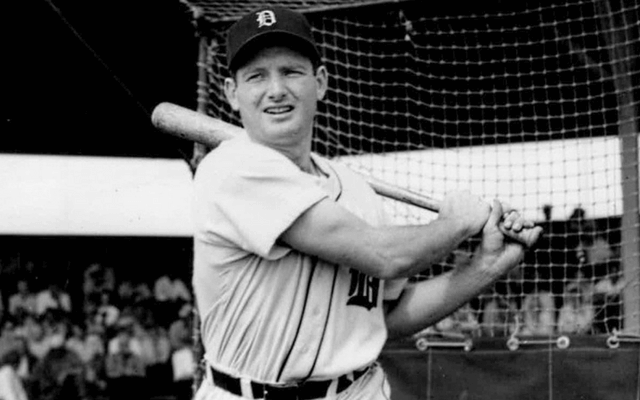 Third baseman George Kell played for the Detroit Tigers from 1946 to 1952 and won the 1949 batting title. He batted .306 for his career and was an All-Star ten times.

On Wednesday the Baseball Hall of Fame will announce the results of the writers’ balloting, revealing how many former players will join Tigers legends Jack Morris and Alan Trammell in the Class of 2018. Which got me to thinking: what makes a Hall of Famer?

Everyone has a slightly different view on the criteria and the process, but generally, a player has to have strong statistical evidence and some sort of mystique … those players make it easily. There are players who have numbers that get them in without mystique. A few have a ton of mystique that gets them in with subpar numbers.

Some players make it to Cooperstown despite heavy arguments against them, like Jack Morris, Bill Mazeroski, Jim Rice, and Tony Perez (for the record I believe they are all Hall of Famers), while some candidates who have strong cases in their favor can’t even get enough votes to stay on the ballot (witness Lou Whitaker, Ted Simmons, and Jorge Posada).

But 35 years ago, a former Detroit Tiger was elected to the Hall of Fame who has become one of the most debated selections for Cooperstown, especially in light of new metrics to measure the value of players.

Those numbers look like a good major league player, an All-Star, but perhaps not a Hall of Famer. Many players have had more hits, drove in more runs, and scored more runs, but not received the Hall of Fame welcome.

Looking at Kell’s metrics, his case gets considerably weaker from an already borderline case. His career WAR (Wins Above Replacement) is just 37.4 and his seven-year peak WAR is just 27.8. In a metric from Jay Jaffe that blends that together, called JAWS, Kell ranks 48th among third baseman in the history of the game. The only Hall of Fame third basemen ranked lower in JAWS are Pie Traynor, stunningly at 58th (who had a reputation of being the best third baseman in the history of the game during his career and benefitted from a .320 career batting average) and Fred Lindstrom at 73rd (he was one of the teammates of Frankie Frisch that got into the Hall via the Veterans Committee when Frisch was leading it in the 1970s, a period marred by cronyism).

How does Kell, with borderline career numbers and a mediocre analytics argument, make the Hall of Fame?

Don’t get me wrong, back in the days Kell was on the Hall of Fame ballot, his numbers looked very good. There were very few third baseman to ever retire with a .300 career average. Plus advanced metrics weren’t around when he was being voted on, so it looked like he could hit, field his position very well, while lacking in power and not walking a lot.

But that mystique can go a long way when it is used properly for a Hall of Fame case.

Kell’s mystique was beating out the legendary Ted Williams for a batting title in 1949 by mere percentage points on the final Sunday of the season. It remains the closest batting race in baseball history with Kell coming out on top .3429 to .3427. Both round up to .343, but league officials had to  break out their calculators and go to percentage points to crown the rightful champion.

Winning a battling title was a huge accomplishment in Kell’s time. Beating the Splendid Splinter to do it got you a lot of attention. But to beat Williams by that slim of a margin when the final at bat of the final game of the season could mean the difference is an incredible feat.

That mystique assisted Kell in his drive to the Hall of Fame.

The other thing to look at is the time of the voting. When Kell was elected in 1983, only Eddie Mathews, Brooks Robinson, Frank “Home Run Baker,” Jimmy Collins, Pie Traynor and Lindstrom had been elected as third basemen. In nearly 50 years of Hall of Fame voting, only six third basemen had been enshrined. Fast forward 35 years and third base is still the least represented position in Cooperstown with just 13 major league players (adding Mike Schmidt, Wade Boggs, George Brett, Deacon White, Ron Santo and Paul Molitor) and three Negro Leagues stars (Judy Johnson, Ray Dandridge and Jud Wilson).

Given those circumstances, electing a third baseman with a .300 career average and a batting title that had a reputation as a good fielder (and Kell also led the league in hits and doubles twice), doesn’t raise eyebrows. It also helped that by 1983, Kell had spent two decades as one of the most popular broadcasters in the game, working for the Orioles and the Tigers, two teams he had played for.

But why Kell over Chicago Cubs’ third sacker Stan Hack? Hack played slightly earlier, but their careers crossed over for Hack’s final four seasons. Hack retired with a .301 career average and had 2,193 hits and a much higher on-base percentage (.394) than Kell. His WAR is significantly higher at 52.5 and his JAWS ranking is 24th.

With about the same average, but more hits and a higher on-base percentage, Hack was on the Hall of Fame writers ballot for seven years and peaked a just 4.8 percent of the vote. This despite the fact that he played on four Cubs teams that won the pennant between 1932 and 1945.

Meanwhile, Kell was on the ballot for all 15 years, starting at 16.4 percent in 1964 and peaking at 36.8 percent in his final year, 1977. Never once did George play in the postseason, but six years later, he was elected by the Veterans Committee.

Mystique of course. Kell was a very good third baseman, and at the time of his election, not a poor choice. Would be have been elected in the past few years? Who knows. Jack Morris made it and had some big-time mystique. Kell’s mystique was the deciding factor. Who knows if that would still be the case, but it was enough to earn him a plaque in Cooperstown, where great players with mystique belong.