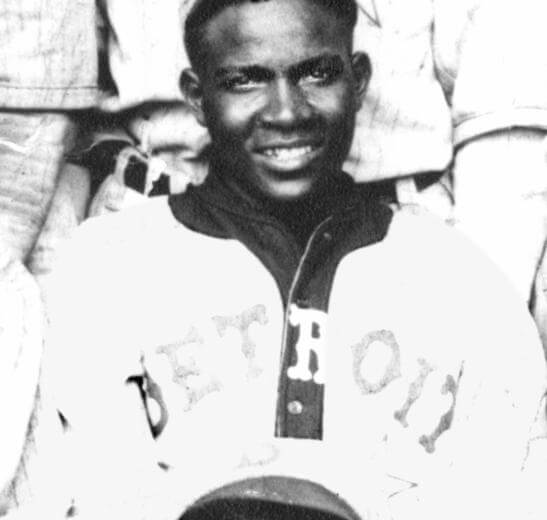 Andy Cooper is considered one of the Negro Leagues best left-handed pitchers.

Last week, we took a closer look at Pete Hill, a Hall of Fame outfielder and manager for the Detroit Stars in the 1920s.

Hill is one of the many legends of the Negro Leagues whose story is long forgotten, or completely unknown.

Some baseball fans in Detroit have heard of Turkey Stearnes, who is a Hall of Fame outfielder from the Detroit Stars. He has a plaque outside Comerica Park in center field (don’t get me started on it being outside the stadium). But Hill and another Detroit Star—Andy Cooper—are even more forgotten.

So let’s take a closer look at Andy Cooper.

Cooper was born in Waco, Texas in 1889. At his peak, he was roughly 6-foot-2 and 220 pounds, giving him plenty of muscle to have an overpowering fastball. He became a great pitcher my mastering the screwball and having a stellar tight-spinning curveball.

Unlike Hill, who played much of his career before the Negro National League began in 1920, Cooper started his career when the NNL began. He joined the Detroit Stars in 1920 and played on the stars for eight years, before playing two seasons for the Kansas City Monarchs, only to return to Detroit in 1930. Then it was back to Kansas City for another eight years.

So unlike Hill, Cooper played his entire career when there was actual league play and pitched against some of the greatest players in baseball history.

In league play, Cooper went 9-7 in his first three years for the Stars.

In 1929, he left Detroit for the Kansas City Monarchs and helped them to the NNL pennant.

Some of his claims to fame include a 43-inning stretch where Cooper did not walk a batter.

Later in his career, also playing for the Monarchs, Cooper pitched every inning of a 17-inning playoff game against the Chicago American Giants.

He was also a fixture at the East-West Game, the Negro Leagues all-star game at Chicago’s Comiskey Park. Cooper pitched in the game in 1936 at age 40.

Even the Hall of Fame has very little information on players like Hill and Cooper, but there are some nuggets that remain.

“Andy never possessed the fine assortment of curves held in the supple arms of other pitchers. However, he did have what so many pitchers lack – sterling control,” wrote Russ J. Cowans in 1941 in The Chicago Defender, one of the top black newspapers of the day. “Cooper could almost put the ball any place he wanted it to go.

“In addition, Cooper had a keen knowledge of batters. He knew the weakness of every batter in the league and would pitch to that weakness when he was on the mound.”

Cooper, like many of the greatest players in the Negro Leagues, became a manager near the end of his playing days, managing the Kansas City Monarchs to three pennants in a four-year span between 1937-40.

Being one of the greatest left-handed pitchers and a great manager should have made Cooper a household name. But because of the era of segregation, much of the legendary moments and accolades are unfortunately lost forever.

But we can still remember Cooper as one of the greatest players ever in Detroit—black of white—perhaps the best pitcher to ever take the mound in Detroit. That is worth a closer look.