Pistons’ Yardley was first to score 2,000 points in an NBA season 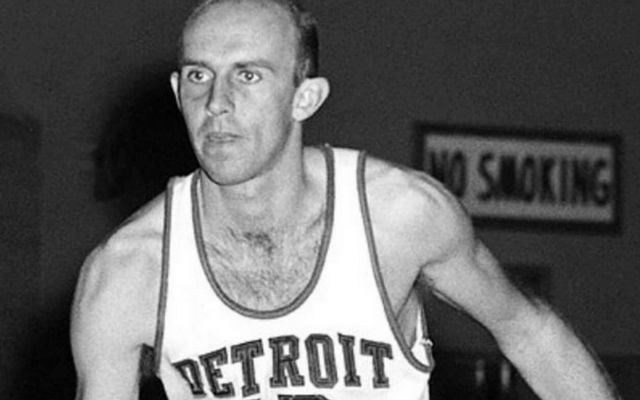 One of the best things about sports is finding out interesting facts about players you have never heard of.

I had one of those moments this week when I found out that 60 years ago, George Yardley of the Detroit Pistons became the first player in NBA history to score 2,000 points in a season.

That is a pretty big first in NBA history and even cooler that it was a Detroit Piston.

It made me astonished that I knew nothing of George Yardley except his name … and now this amazing fact. So of course, I had to find out more.

The first thing I realized was the 1957-58 season was the first season of the Detroit Pistons. Yes the Pistons were around for four seasons prior, but they were the Fort Wayne Pistons.

He then made his first All-Star team in his second season, at age 26, with a 17.3 points per game season, also chipping in 9.9 rebounds and 2.1 assists.

Then it got even better with 27.8 points and 10.7 rebounds, becoming the first player in NBA history to reach 2,000 points in a season. That is simply astonishing. There was no 3-point line back then and the offensive explosion had not yet happened.

Karl Malone would have 12 2,000 point seasons, most all-time. Michael Jordan had 11 while Kareem Abdul-Jabbar had nine. Alex English and Dominique Wilkins each had eight, one ahead of Wilt Chamberlain, Oscar Robertson, Dr. J, who finished with seven, and George Gervin had six.

But before that, there was Yardley, the first to reach the mark.

The next season, he averaged 19.8 points per game and was traded midseason to Syracuse, where he played one more season and finished his career averaging 20.2 points in 1959-60.

So Yardley only played seven seasons in the NBA and was an All-Star in six of them.

There are plenty of reasons I only knew his name. He played a short time, even shorter on the Pistons and played long before my time. But, like I said, one of the best things about sports is finding interesting historical facts that can lead you to learn about a player.

Now, when someone mentions Yardley, I will instantly know he was the first NBA player to reach 2,000 points in a season. But I will know that his career, while short, was much more than that one dominant season. It was a Hall of Fame career and one of a Piston.