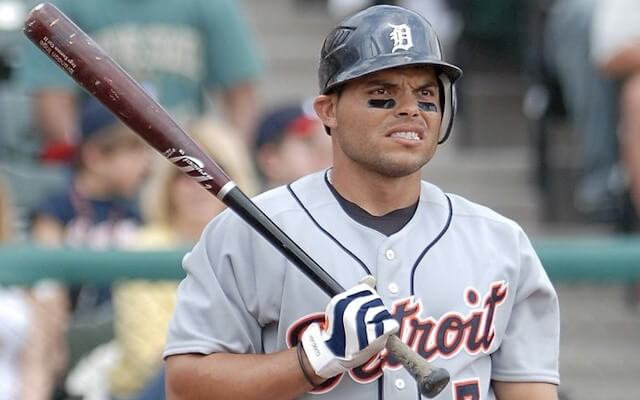 What were the Tigers like before Pudge Rodriguez came to Detroit? Have you ever seen a 18-wheel semi-truck slide across an icy Michigan highway? How it slips and slides uncontrollably before jack-knifing into a ditch?

It was worse than that.

Tiger baseball in 2003 was a nightmare. The team lost 119 games, setting an American League record and narrowly avoiding the major league mark set by the woeful 1962 Mets. A team so bad they were a joke. That’s what the Tigers had become by 2003. They were a joke. A bad one. Being a Tiger fan was embarrassing,

I was working in Cooperstown for the National Baseball Hall of Fame in 2003, the year the team lost 119. They lost the first nine games of the season, then won a game by one run, and proceeded to lose eight more to fall to 1-17.  By July they had won only seven games at home. Seven. The team had 11 losing streaks of at least six games or more. It was a mess. I recall my boss taking a phone call with Ernie Harwell at some point in the summer when the Tigers had somehow managed to win back-to-back games. Ernie said in jest, “It’s great to be with a winner.”

Yeah, even a saint like Ernie Harwell was ripping the Tigers in ’03.

That’s the red-hot dumpster fire that Ivan Rodriguez walked into when he signed with the Tigers in early 2004. He was one of the most sought-after free agents in baseball, a perennial All-Star, a former MVP, universally heralded as one of the greatest catchers in history and coming off a season in which he helped lead the Marlins to the title. And at 32, he still had a lot of playing time ahead of him.

Pudge could have signed with a contender. He could have inked a lucrative deal with a team that was poised to play in the World Series. But he came to Motown instead to play for a 119-loss team.

Why did he do that? Was he crazy?

No, he was opportunistic. He was visionary. And he was charmed by Detroit owner Mike Ilitch (and his million-dollar check book).

Just like that, over a few days in late January, Pudge became a Tiger. The news shook the foundation of the franchise. Fans rejoiced. At least if the team was going to be terrible, we’d have an All-Star catcher to cheer for.

But Pudge brought change much quicker and more forcefully than we could have ever imagined. In 2004 the team improved by almost 30 games. The next season Alan Trammell had Pudge and his Tigers only a game under .500 in the last week of August. They ended up winning 75 games and avoided last place. Things were getting better. Then in 2006, under new manager Jim Leyland, the Tigers won 95 games and the pennant.

None of that happens—none of it—if Pudge doesn’t sign his name on a contract with Mike Ilitch.

Some will debate the legacy of Rodriguez. Some will argue his place in history among the all-time great catchers. He’s only the second catcher to be elected in his first year of eligibility, joining Johnny Bench. Yogi Berra, Roy Campanella, Carlton Fisk, and Mike Piazza — they all had to wait to get their Hall of Fame call. Overall, only 52 players are “first ballot Hall of Famers,” making Pudge part of an elite group that includes just two other Tigers: Ty Cobb and Al Kaline.

Wherever you place Pudge among the all-time greats to wear a mask or play major league baseball, he deserves a special spot in the hearts of Tiger fans for sparking a revival in Detroit baseball.