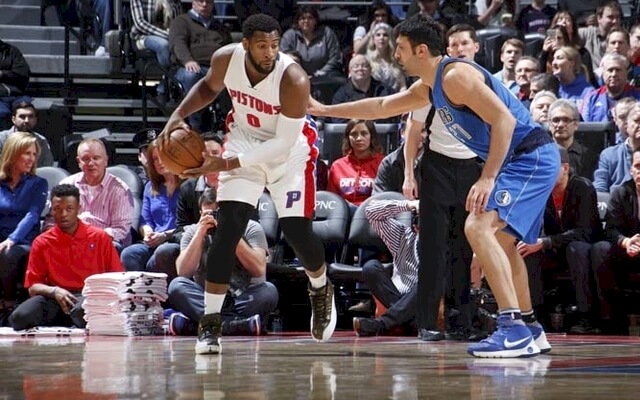 You can’t win if you don’t play the game. The Detroit Pistons have found that out in recent years as they have continued to try to play an old-school brand of basketball in a league that’s moved on.

With a team built around the flawed game of big man Andre Drummond, the Pistons are stuck watching the paint dry inside while the rest of the NBA is outside where the fun is.

Like it or not, basketball is an outside game of long-range shooting, fancy dribbling, and pitter-patter defense. The NBA has devolved into a three-for-all. Someone might want to tell the Pistons.

Drummond is the centerpiece of Stan Van Gundy’s team. He’s also a behemoth, a physically-imposing man-child with a pretty low basketball IQ and no touch around the basket. If he isn’t throwing it down, he rarely makes a shot. But the dunk is dead. The three-ball reigns supreme in the modern game.

The Golden State Warriors threw up more than 2,500 three-point shots this season. That comes out to more than 31 per game, which isn’t even the most in the league. The Houston Rockets chucked more than 3,300 three-pointers, and the Cavaliers, the defending champions and three-time Eastern Conference “kings of the hill,” tried 2,779 three-pointers. During the 2016-17 season, 19 teams tried at least 25 three-pointers per game.

But the Pistons haven’t embraced the NBA way. They’re still playing it Kareem Abdul-Jabbar style. Dumping it low and trying to score in a league where the rules are designed to work against them. Of course they don’t have a Kareem big man — instead they find themselves stuck with Drummond, a hulking oaf who cleans the glass like a machine and can pass pretty well for a big man, but who can’t score unless he’s standing four inches from the basket.

Only four teams tried fewer three-pointers than the Pistons in 2016-17, and the best record among that quartet was 42-40. If you ain’t good for long-range, you ain’t nothin’ in the NBA these days. But Detroit’s like a hunter going into the woods with a slingshot trying to drop a bear. Good luck with that.

This fall the Pistons will start playing in a new arena in downtown. Interest in the team should increase after several seasons of indifferent fan support. Detroit is a good basketball town. The Pistons have won three world titles and are one of only six teams to ever win back-to-back Finals. They’ve had two dynasties built around defense-first teams. The Bad Boys brand is still very popular. But the time’s they are a changing (they’ve been changed for a while now, actually). It’s high time the Pistons got with the program if they want to compete in the NBA.