There’s a bit of Sparky Anderson in Justin Upton 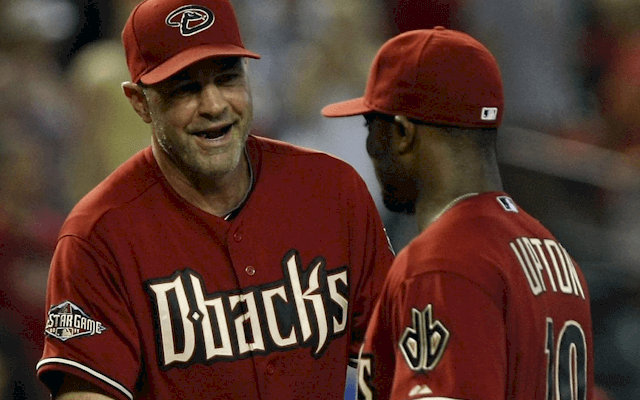 The notion of “six degrees of separation” is that everyone is connected if you follow their friendships far enough. In the case of baseball players, that connection can result in some amazing legacies.

You can do this for many ballplayers can come up with some intriguing connections. A current Tiger has a special connection with a former Detroit skipper thanks to being around some of the greatest Tigers in recent years. This happened even before he came to wear the Old English D.

For three years in Arizona, Justin Upton played under manager Kirk Gibson, with bench coach Trammell also in the dugout. The pair of Tiger legends worked with Upton a lot, especially on the mental parts of the game. Much of what they passed on to Upton was what they had learned from the great Sparky Anderson.

“Sparky has influenced me every day since he came into my career,” Trammell told reporters in 2014 while he was in Detroit for a program marking the ’84 World Champion Tigers.

Gibson has heaped high praise on Anderson for turning his career (and attitude) around. In his book, “Bottom of the Ninth,” Gibson shared how Sparky recognized that the young player needed to be handled with kid gloves.

“[He] had an open door policy and I took advantage of it,” Gibson wrote. “I could yell and scream at him about whatever I was pissed about, and he would listen and nod, then he’d say ‘Kirk, are you finished?’ and tell me to get out.”

It’s not an exaggeration to say that Sparky molded young Tigers Trammell, Gibson, Whitaker, Jack Morris, Lance Parrish, Dan Petry, Tom Brookens, and others into men. All of them had come up through the rich Detroit farm system in the 1970s, and while they had the talent to be big leaguers on the field, they didn’t know how to be big leaguers off it until Anderson established the rules.

Later, players like Dave Bergman and Chet Lemon, who came from other organizations to Detroit, regarded Sparky as a major influence on their success.

“Sparky taught us how to handle the pressures of the big leagues and how to win and go about the business of being professional athletes on a daily basis,” Bergman told me in an interview in 2013.

In Arizona, Upton struggled at times dealing with adversity, something not foreign to Gibson, who was known to destroy a bat rack or two in his playing days. With Trammell and Gibson working with him, Upton became more comfortable in the big leagues. He was an All-Star in 2011 under Gibson, when he hit 31 homers and stole 21 bases.

Now that Upton is wearing a Tigers’ uniform, the lessons he learned from Gibby and Trammell (via Sparky) might resonate with him even more. Both former Tigers are back with Detroit, Trammell as a special assistant to the general manager and Gibson as a member of the broadcast team. While there may not be a “Tiger Way,” there was certainly “Sparky’s Way.” Gibson and Trammell, in various jobs in Arizona and elsewhere and now back in Detroit, have been committed to carrying that baseball gospel to the masses.

Because of that, Sparky’s legacy still lives on across baseball.