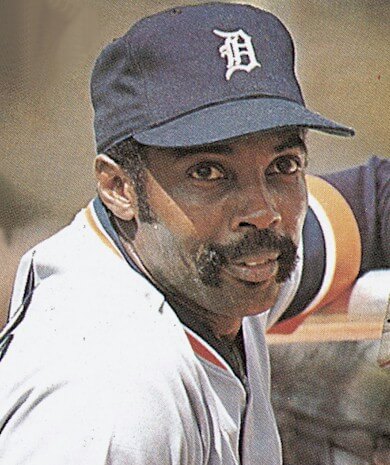 December 5
On December 5, 2010, the Bears defeat the Lions at Ford Field when they score a late fourth quarter touchdown, 24-20. With the loss, the Lions have now lost 41 of their last 45 games dating back to the final game of the 2007 season.

On December 5, 1987, the Tigers trade pitcher Dan Petry to the California Angels for outfielder Gary Pettis. Petry was an integral part of the success by Detroit in the 1980s, winning 19 games in 1983, 18 in 1984, and 15 in two other seasons. Pettis will play a stellar defensive center field for the Tigers for two seasons, winning a pair of Gold Gloves.

On December 5, 1969, Sergei Fedorov is born in Pskov, Russia, located on the Velikaya River. Fedorov will spend 13 seasons with Detroit, helping the Red Wings to three Stanley Cup titles with his thrilling skating and stick work.

December 7
On December 7, 1984, the Tigers trade third baseman Howard Johnson to the Mets for starting pitcher Walt Terrell. Johnson emerges as a home run threat with the Mets while Terrell wins 47 games in his first three seasons in Detroit, performing especially well at Tiger Stadium.

On December 7, 1979, the Tigers make two deals that shake up their team. In one transaction they trade center fielder Ron LeFlore to the Montreal Expos for pitcher Dan Schatzeder, and in the other they sell third baseman Aurelio Rodriguez to the Padres for $200,000. LeFlore is sent packing because he is not considered a good clubhouse presence by new Detroit manager Sparky Anderson. The 31-year old Rodriguez, a former Gold Glove winner, is coming off his third straight poor season and is considered past his prime.

December 9
On December 9, 1981, the Tigers send pitchers Mike Chris and Dan Schatzeder to the Giants for outfielder Larry Herndon. The quiet Herndon will be a key contributor to the Tigers for several seasons and is a member of the 1984 World Series Champions.

On December 9, 1977, the Tigers trade outfielder Ben Oglivie to the Milwaukee Brewers for Jim Slaton and Rich Folkers. Oglivie will blossom in Milwaukee, winning the home run title in 1980 with 41 long balls. Oglivie had gotten caught in a glut of outfielders in Detroit, but he will become a three-time All-Star for the Brewers. On the same day, the Tigers deal shortstop Tom Veryzer to the Indians for outfielder Charlie Spikes.

December 10
On December 10, 1911, Tiger manager Hughie Jennings nearly dies in an automobile accident near his home in Pennsylvania. Jennings flips the car he is driving while crossing a bridge over the Lehigh River, throwing himself from the vehicle. He suffers a fractured skull, concussion, and breaks his arm and both of his legs. For several days doctors worry that he will succumb to his injuries. Jennings rallies and is back in the dugout to manage Detroit in April of 1912.