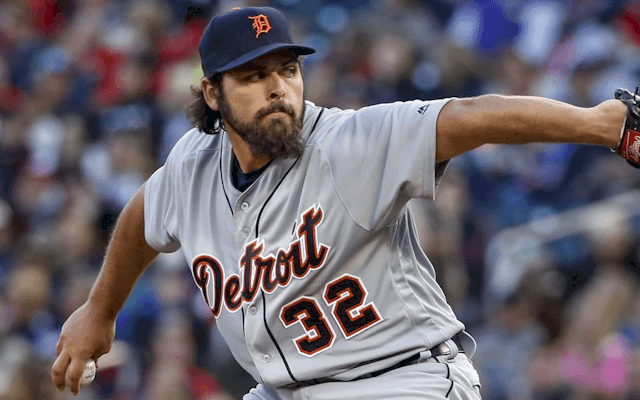 How much can rookie starting pitcher Michael Fulmer help the Detroit Tigers in their effort to recapture the American League Central crown?

The Tigers have been a tantalizing team in 2016.

Will the real Detroit Tigers please stand up?

Fortunately, the Royals, White Sox and Twins have all played like dog meat for most of the season. The Tigers have been able to stay within striking distance of the front-running Cleveland Indians, and are in contention for a wild card spot.

It promises to be an interesting final two months to the baseball season. Will the Tigers overtake the Tribe? Or will Brad Ausmus’s men fall further back?

At the beginning of the season, the pundits looked at Cleveland’s lineup and wondered where all the runs were going to come from. The Tigers, meanwhile, had a stacked lineup that was going to score plenty of runs.

Well, a funny thing happened. Cleveland’s lineup turned out to be a lot better than people thought it would be. Through games of Monday, August 8, the Indians have scored 544 runs. That total is second in the American League to the high-scoring Boston Red Sox, who have pushed across 598. Toronto is third with 542, followed by Detroit with 530.

Here is another telling statistic: The Indians’ run differential thus far in 2016 is 81. Detroit’s, meanwhile, is 19.

Unfortunately, for Tigers fans, those cases are outliers rather than norms. As a barometer of future success, run differential is not an exact science. The greater point here is that the stat skews in favor of teams that hit a lot of home runs and run up scores. Wasn’t that the kind of team the Tigers were supposed to be? The Indians would seem to be beating Detroit at its own game.

The Tribe’s offense has benefitted from excellent years by Francisco Lindor (4.3 WAR), Mike Napoli (28 home runs), Carlos Santana, Jason Kipnis, and others. What is especially amazing about Cleveland’s prowess at the plate is that the injured Michael Brantley has been a non-factor this year. Brantley is an offensive force, a defensive whiz, and a Tiger killer.

It is starting pitching, however, that truly separates the Indians from the Tigers.

Detroit’s most dependable starter at the beginning of the season was Jordan Zimmermann. He’s again on the disabled list, and no one knows what to expect from him going forward.

Justin Verlander has looked like his old self at times, and is once again dominating.

Michael Fulmer has been the Tigers’ best pitcher for most of the year.

Mike Pelfrey and Anibal Sanchez are capable of the occasional solid start, but cannot be depended on for much more than that.

So right now the Tigers have two good starters, maybe three if you count Boyd.

That does not bode well for a September pennant push, much less a postseason run. To go to the mattresses with a starting staff like that will prove to be very difficult.

Besides, Fulmer is a rookie, and as a famous man once said, you can place your hope in rookies, but never place your trust.

Cleveland, on the other hand, can give opposing lineups fits with a rotation of Corey Kluber, Josh Tomlin, Trevor Bauer, Carlos Carrasco, and Danny Salazar (when he comes off the disabled list).

Oh, and did I say that the Indians pulled off a coupe at the trade deadline by acquiring Andrew Miller to shore up their bullpen?

The bad news for the Tigers is that Nick Castellanos will be gone for an extended period with a broken bone in his non-throwing hand. Cameron Maybin, meanwhile, the Tigers’ offensive catalyst, is hurting.

Detroit is certainly capable of overtaking Cleveland and winning the Central. But it will be no easy task.

Put on your seat belts. This should be a wild final seven weeks of the season.