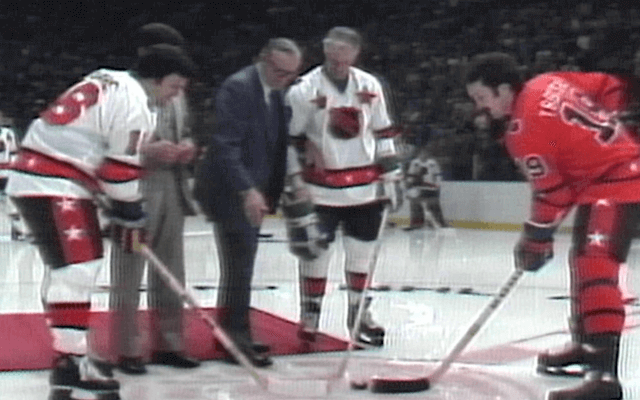 As the countdown to the end of Joe Louis Arena reaches the stretch run, Detroit newspapers and Fox Sports Detroit have been constantly feeding fans the best moments in the history of The Joe.

Every writer, broadcaster and fan has a different best moment at The Joe, whether it was something they witnessed in person, or saw on television. It might have been a Stanley Cup moment or a brawl with the Colorado Avalanche, or some insane move that Pavel Datsyuk made.

Most fans probably have one moment (or another list of moments) they wish they saw at The Joe. Now, there are plenty of moments I wish I saw at The Joe that I only saw on television, but there is one moment that happened just before I was born that I wish I could have witnessed.

On Feb. 5, 1980, Joe Louis Arena hosted the NHL All-Star game for the fifth and final time. While every All-Star game is exciting and unique, this one was unparalleled in hockey history.

This game featured 51-year-old Gordie Howe, back in the NHL after six seasons in the World Hockey Association from ages 45-50. This was Howe’s lone NHL season where he was not a member of the Detroit Red Wings. He was on the Hartford Whalers at age 51.

He made his 23rd and final All-Star game appearance that season at The Joe.

That would be a special enough moment as is to be must-see for a hockey fan, especially in Hockeytown.

But it turned out to be even more special.

If nothing else, Howe’s comeback season in the NHL was worth it for hockey to have this passing of the torch moment at an All-Star game. Now everyone knew that Howe was Mr. Hockey and everyone knew that Gretzky was something special. But no one could have known that this would be the one game with the two best players in the history of the sport skating together.

The Wales Conference defeated the Campbell Conference 6-3. Howe had an assist, igniting the crowd at The Joe.

It was the first All-Star game in NHL history to have a crowd of more than 20,000. In fact, 21,002 were in attendance, still the second-largest crowd in All-Star history. They gave Howe a standing ovation that seemed to go on for an hour.

And it happened at The Joe.