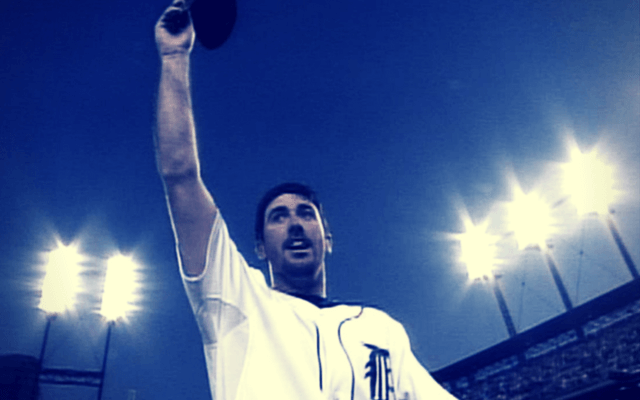 On June 12, 2007. Justin Verlander tossed the first no-hitter in Detroit by a Tiger pitcher in 55 years.

June 12, 2007: A night that will always be remembered fondly in Detroit Tigers history.

It was the night on which “Must See JV” was born and a night on which the 14-year-old version of myself became an emotional wreck because of Justin Verlander.

But before all the water works started, earlier in the day I played a little league baseball game at my favorite position: second base.

I was a second baseman from the day I started playing organized baseball.

The short distance from second base to first base made up for my lack of arm strength, providing me with more time to make the throw over to first.

And my fondness for playing second was only heightened by the Tigers’ acquisition of Placido Polanco on June 8, 2005, a day before my 12th birthday.

I loved Polanco for being a fellow “little guy” and for the smoothness in which he manned the position and handled the bat. He was the consummate pro when it came to putting the ball in play, even as he got down in the count.

It’s what made Polanco my favorite player growing up.

Aside from “Polly,” there was one other Detroit Tiger that I was all in on: Verlander.

At the time, Verlander was a budding frontline arm that just started to show the ability to put away batters with both a four-seam fastball that often hit triple digits and a devastating 12-6 curve that could make hitters buckle at the knees.

The Tigers lacked a powerful starting arm from the time I started watching the Tigers — probably in 1998 — until the arrival of Verlander.

Detroit fans first saw him on the 4th of July in 2005, when he made a spot start on the road against the Cleveland Indians.

He made one more start in ’05 before fully emerging onto the major league scene during his 2006 American League Rookie of the Year campaign.

He won the award by winning 17 games and recording a 3.63 earned run average on a Tigers team that won 95 games and reached the Fall Classic for the first time since 1984.

In 2006 and in subsequent years, every Michigan born and raised little league pitcher wanted to be JV, including yours truly.

Although I knew I could never light up the radar gun, every single time I pitched and struck out a batter, I envisioned that I was the tall right-hander on the mound.

My parents knew how much I loved JV and the “Old English D,” too. They bought me his #35 jersey for my 14th birthday.

How fitting it was that I got the jersey just a few days before JV’s first career no-no against the Milwaukee Brewers.

I rushed home from my little league game to watch the final two innings of Verlander’s masterpiece.

And when I got home, I assumed my spot in the living room, kneeling inches away from the TV, and didn’t move an inch until the final out was recorded.

Even after my mom asked repeatedly for me to take off my dirty uniform, I refused to do so.

My 14-year-old self knew I was witnessing history, and I was in my glory.

Prior to ’06, I could have only imagined such an incredible moment happening for my favorite ball club and favorite pro sports franchise.

I sensed that my dad, a lifelong Tigers fan, could also feel the excitement in the air.

Remember, at the time, the Tigers fanbase hadn’t seen a no-hitter since Jack Morris hurled one against the Chicago White Sox on the road in 1984. And Detroit hadn’t hosted a Tiger no-hitter since 1952 when Virgil Trucks threw the first of his two no-hit games that season, the first coming at Briggs Stadium at The Corner.

So, once the ninth inning rolled around, everyone in my house believed that Verlander had to be the guy that would throw the then-sixth gem in club history and the first in the Motor City in 55 years.

The Tigers were long overdue for the feat, which made it even harder and more nerve-racking to watch the final three outs be recorded.

Verlander entered the ninth at 101 pitches, and opened up the frame by striking out both Craig Counsell and Tony Graffanino swinging.

He was still throwing hard, even hitting 101 mph on the radar gun at one point.

Yet, doubt that he could pull off the feat still crossed my dad and I’s minds, as he went to work against the final batter J.J. Hardy.

At this point, you couldn’t hear anything in the living room, beside for the voice of Tigers play-by-play man Mario Impemba and his broadcast partner Rod Allen.

I could feel the tears coming, but I was able to hold them back until I saw the final out land in the mitt of Magglio Ordonez in right field.

When I initially saw that ball go up in the air, I thought to myself, “Oh, shoot!”

Verlander arguably saved his worst pitch of the night for that last one.

It was a “hanger”, and Hardy was able to elevate it.

The ball had some serious carry, but “Maggs” was able to camp under it just before the warning track.

Commence the water works. I lost all control of my emotions and proceeded to cry like a baby.

But I wasn’t ashamed of it one bit because I knew that I had just witnessed history.

No one knew if JV would be able to be as masterful in a single outing again.

As Tigers fans all over now know, it was just the beginning of a masterful career for JV in a Detroit uniform.

He went on to throw another no-hitter against the Toronto Blue Jays in 2011, the same season in which he became just the 10th hurler in MLB history to win the Cy Young and MVP in the same season. He had several near misses, taking two games into the ninth before surrendering the first hit.

Little did Tigers fans know then, but June 12, 2007 marked the beginning of Must See JV.

And to this day, it remains one of my all-time favorite memories as a Tigers fan.