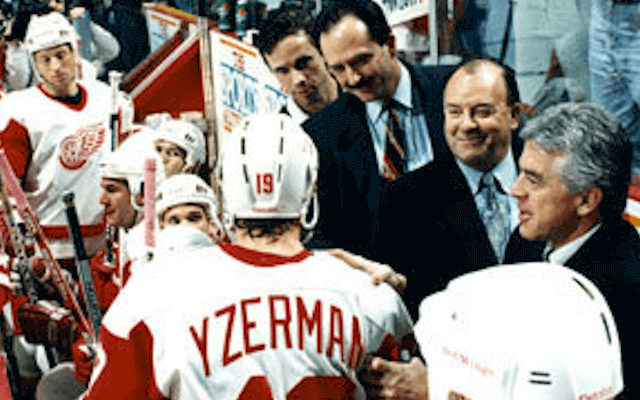 Teammates and coach Scotty Bowman congratulate Steve Yzerman after he scored the 500th goal of his career on January 17, 1996.

Here’s what happened this week in Detroit sports history.

On January 17, 1996, Steve Yzerman scores the 500th goal of his career in a game against the Colorado Avalanche with Patrick Roy in the net. The Wings win the contest, 3-2.

On January 17, 1960, Gordie Howe scores two goals and records an assist and passes Maurice “Rocket” Richard for most points in NHL history, with 950. Howe is only 31 when he passes Richard, who is playing his final season with Montreal.