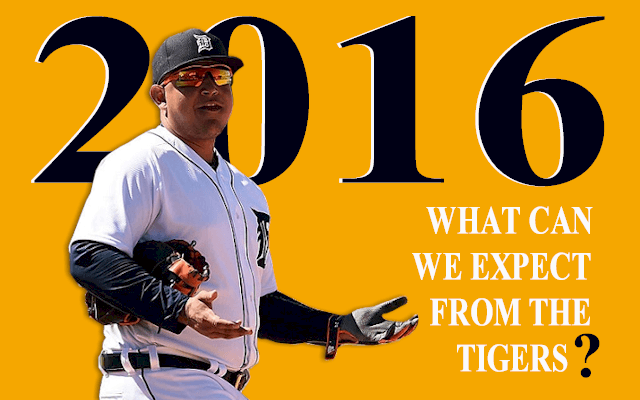 On May 16th the Detroit Tigers will be starting their fourth home stand of the 2016 season. They’ll host the Minnesota Twins for a three-gamer and on Tuesday the 17th they should play the 40th game of their season (barring any rain or snow days).

At that point we’ll know a lot about this team, a group that expects a lot f themselves. Will the Summer of ’16 be one where Tiger fans stay glued to the TV and radio to follow their beloved team, or will we spend our time in the Michigan sunshine ignoring the national pastime? Maybe take the boat out more often, or take a road trip to beautiful northern Michigan’s sand dunes? Forty games of baseball should tell us which way to go, and here’s why.

The Tigers are not a young team building for the future. Their also not a juggernaut on the precipice of greatness. Nope, instead they are a team stuck in the middle: between being legit contenders or an older team that needs to scrap their short-term plans and retool.

Al Avila is the friendly man who took over the front office reigns of the Tigers late last summer, and he has a very difficult task. Every indicator from baseball history shows that when a team invests a ton of money in players in their prime or after their prime, they have a very small window to win it all. If they fail, the players decay and the bills keep coming due. The dollars sunk in a few players hinders the organization from rebuilding via smart moves. The contracts are so big they can’t be moved.

The best way to build for long-term success is to feed a steady flow of good young players into your farm system through the draft and scouting. But when you keep signing major league free agents to fill holes on your big league roster you might get short-term fixes, but you also lose draft picks.

To be fair, the Tigers made what appear to be smart moves in the offseason in signing two free agents: pitcher Jordan Zimmermann and outfielder Justin Upton. But there’s no guarantee at all that Detroit’s bullpen (bolstered by another new face, Francisco Rodriguez, who was acquired via a trade) will be effective. Like it or not, old schoolers, but in today’s game if the bullpen leaks the entire boat gets wet and sinks.

The two most expensive Tigers are Miguel Cabrera  and Justin Verlander, two of the most defining players of this generation. It’s wonderful that the two are inked to contracts that will seemingly ensure they remain in Detroit until they hang up their spikes. But, in today’s game, big contracts are like boat anchors around your neck. You might be able to withstand them for a while, but then…blub blub blub. (Is that too many boating metaphors?)

A troubling fact about this team is that several of the key spots on their roster are being filled by players with question marks hanging over them. Verlander had a fine last six weeks of the ’15 season, but is he that pitcher or the pitcher who looked tired from his heavy workload who struggled in 2014?

Cabrera has had injuries in each of the last three seasons. He played through it in 2014 and his power suffered. Last season he missed two months and that was it for the Tigers. With Miggy it’s the lower half of his body you worry about. If a leg or his lower back go on him and he misses significant time, say goodbye to any playoff chances for the Tigers.

Designated hitter Victor Martinez, number three starter Anibal Sanchez, closer Rodriguez, shortstop Jose Iglesias, and second baseman Ian Kinsler are the other important pieces who we have to be unsure of. VMart, Sanchez, and Iggy have a history of getting hurt. Rodriguez is entering his 15th major league season, and while he is coming off two All-Star seasons and his velocity seems to be steady, can the 34-year old stay effective as he enters what should be the declining phase of his career? Closers are notoriously unreliable. You don’t have to travel too far in your “wayback machine” to remember Joe Nathan and Jose Valverde.

Kinsler will turn 34 this June and that’s an age when middle infielders are usually entering a steep dive in productivity. Most second basemen are finished at 33-34. Kinsler is obviously not “most second basemen,” but if the Tigers get anything less than a compromise between his first two seasons in a Detroit uniform, that would severely damage their lineup. Kinsler, almost as much as Cabrera, makes the offense go.

Sparky Anderson always said that it takes 40 games to get the full measure of a team. By the middle of May we’ll have that many games off the schedule for us to evaluate the ’16 Tigers. The record won’t really even matter that much as long as it’s not dreadful. No, it’ll be more important how well the Tigers are playing and how healthy they are.

Is the lineup getting the two-out hits they failed to get last season?

Are Verlander and Sanchez giving the team a chance to win?

Are we seeing too many rallies killed by Tyler Collins and Nick Castellanos trying to pull pitches instead of going with them the other way?

Has Cameron Maybin rebounded from a spring injury to find some of the pop in his bat we all once thought he had?

We won’t know the answers to these questions for about six weeks, but once we do, we’ll know how we’ll be spending our summer.