Why the Tigers will trade Michael Fulmer 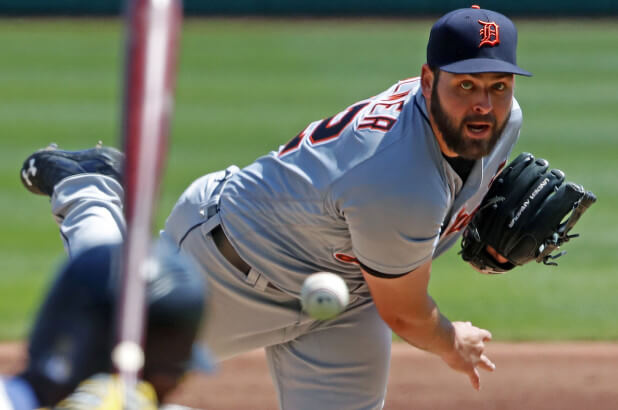 Last offseason Michael Fulmer took time off from plumbing (his normal winter occupation) and had surgery on his pitching arm. Thus far his progress from that procedure has been slow. Through a dozen starts, the Tiger ace has been struggling just as much this season as he did last. But Fulmer is still a former Rookie of the Year and All-Star, and he’s only 25. His best seasons are in front of him. Meanwhile, the Tigers are plodding along with guys named Ronny Rodriguez and John Hicks in the lineup.

That’s why the Tigers will trade Fulmer this season. Which would be a mistake.

I’ve already written thousands of words on why the Tigers were premature in gutting the team. One only needs to look around to see that the pitcher in the AL is former Detroit ace Justin Verlander. And the AL home run leader is former Tiger right fielder J.D. Martinez. The Tigers sit a couple games below .500 and only a handful of games out of first place in a weak division. But they’ll never have a chance to win it because Al Avila fell in love with losing.

The Tiger general manager is convinced that you have to go through the sewer to get to the penthouse. He’s succeeded in convincing most fans too. But the Tigers could be competitive quickly if they didn’t panic. Some of that panic has already lost us Verlander, J.D., the useful parts of the bullpen, and Justin Upton. Those decisions can’t be taken back. We’re left with Leonys Martin, JaCoby Jones and something called Niko Goodrum.

The Tigers won’t contend with this team. But within a year or two they can seriously contend if they have some semblance of a rotation. Fulmer, nagging injury or no, is entering the prime years of his career. He’s in an expansive ballpark that suits his style. He’s proven he has the arm strength to overpower and confound big league hitters. He has real Cy Young Award-winning ability. He’s going to have his finest seasons for someone, and it may as well be in Motown.

Avila will trade Fulmer because he’s short-sighted. Because he’s in love with being the Astros (unfortunately it’s the Astros of 2011-13, who averaged 108 losses per). And because Avila isn’t very good at his job.

There are those fans who will applaud Fulmer being traded. They’ll cite his struggles the last few months. Those are the same fans who wrote off Justin Verlander after a season of injury.

Mark my words, in 2019 or 2020 the Tigers will be an 81-83 win team and they’ll miss the playoffs by 4-5 games. Those 4-5 games could be won on the arm of a pitcher like Fulmer. Add another 4, 5, or 6 from Verlander and you have a playoff team. Instead, who makes those starts? Francisco Liriano? The robot-arm of Daniel Norris?

The Yankees are a prime candidate for Fulmer, whom they’ve coveted for some time. The Yanks have a murderous new Murderers’ Row lineup but are short on pitching. They have a bevy of blue chip prospects who will put stars in Avila’s eyes. The Yanks will peel off two of their prospects in return for Fulmer, who will go on and win lots of games in The Bronx. We’ll be left watching Fulmer, Verlander, Max Scherzer, and David Price star for other teams.

Michael Fulmer is the type of pitcher you keep to build your staff around. The Tigers are playing nobodies and still teetering at .500 and only a few games out of first. The rotation is stitched together and will need the consistency of Fulmer’s prime. But, Avila would rather run through the office with a stick of dynamite than roll up his sleeves and get the job done right. It’s easier to drive a bulldozer than be an architect.