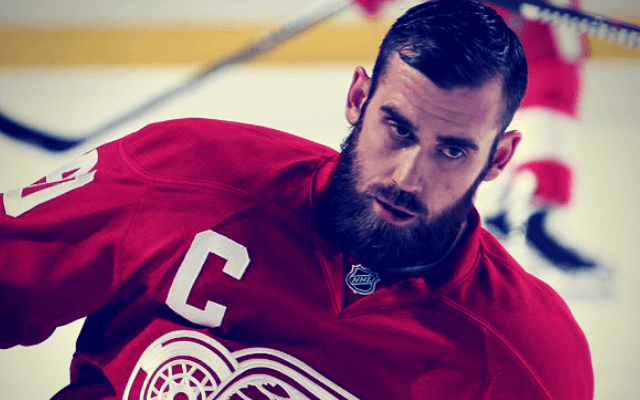 Some people called him “the invisible superstar”, but Henrik Zetterberg made his presence noticeable on the ice for 15 years for the Red Wings, his best appearing act occurring in 2008 when he led all scorers in the Stanley Cup playoffs.

That magical postseason run ten years ago culminated in Zetterberg hoisting the Stanley Cup in Pittsburgh after scoring what proved to be the game-winning goal in the third period against the Penguins. He was 27 years old at the time and the Red Wings were on top of the NHL again. Everything was perfect. Now, the team will be without the last link to their glory days, as Zetterberg is forced to lay down his hockey stick due to a back injury. His exit is the final act in the end of the era.

If there was one word to describe Zetterberg it was reliable.

In many playoff battles, Zetterberg (and his beard) were at the forefront for Detroit. In 2013 when a banged-up Wings team finished third in their division, Hank got hot and helped push the eventual Stanley Cup champion Blackhawks to seven games in the conference semis. In that series Chicago draped two or more defenders on Zetterberg to try to slow his relentless offensive attack.

He was there in 2002, as the prized prospect in the Detroit organization when the Wings were beating the Hurricanes in the Finals. The front office invited Zetterberg to watch the series, to see how Yzerman and the cadre of great Detroit players, so many future Hall of Famers, went about their business. A year later, the Swede was in the lineup for coach Dave Lewis, heralding a new era one year after Scotty Bowman’s retirement.

He was never the fastest skater, nor did he possess the strongest slap shot, but few players were where they needed to be more often than Zetterberg. His knack for being around the puck and coming through in crucial situations earned him admiration around the league. None other than The Great One noticed his talents.

“Zetterberg is the most underrated player in the league,” Wayne Gretzky said in 2007. Zetterberg never led the league in points, goals, or assists. His numbers were solid and consistent, just like his commitment to the team.

Through Zetterberg, the Wings continued their string of trips to the playoffs, running it to a quarter of a century. They faced the Penguins twice in the Finals, battling them to a seventh game in 2009.

“I loved wearing a Detroit uniform,” Zetterberg said, “I liked to think about all the great players who wore it before me.”

Going forward, Red Wings now have Zetterberg to think of when they put the Detroit sweater on, and his example of leadership. In 2013 he succeeded Lidström as captain of the Red Wings, following in the steps of other Detroit greats: Yzerman, Alex Delvecchio, Gordie Howe, Ted Lindsay, Sid Abel.

Zetterberg’s retirement doesn’t have the majesty of Yzerman’s or that of “The Most Perfect Human”, Lidström. Nor does he have the mythic aura of Sergei Fedorov. But it’s sad, because Zetterberg’s presence on the team always made the Wings seem regal. Like the loss of Victor Martinez to the Tigers, the team will be less professional without their veteran leader.

It’ll most likely be Kronwall who wears the “C” for the Red Wings, but it feels like it’ll never be the same. An era is ending for Detroit hockey.