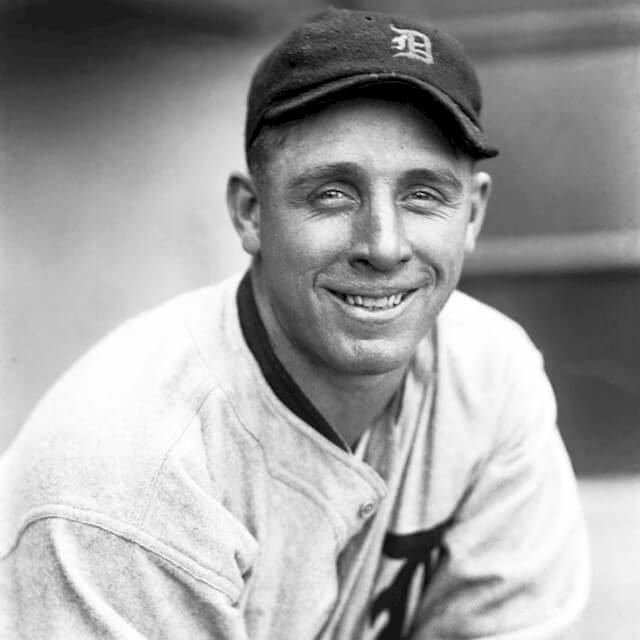 Bob Fothergill hit .337 in nine years with the Detroit Tigers.

But as an outfielder for the Detroit Tigers in the 1920’s, most people called him “Fatty.”

By present-day standards, Fatty wasn’t particularly fat. After all, the average person was smaller back then. Fothergill’s playing weight was officially 230 pounds on a 5 feet 10 inch frame. For comparison, Gates Brown was listed as 5’11” and 220. Prince Fielder is 5’11” and 275, which makes Fothergill look like Richard Simmons.
Images of him in his younger days show a stout, muscular man bursting with power. But as his career progressed, Fothergill put on excess poundage that hampered his productivity. By the end of his playing days, he was indeed one of the beefiest men to wear a baseball uniform.

Had he been able to better manage his weight, Fothergill likely would have put up better numbers in the second half of his career.

But he definitely could rake.

Fothergill was the classic late bloomer. He didn’t finish grammar school. The story goes that he dropped out in order to give pro football a try, unsuccessfully. His pro baseball career didn’t begin until 1920, when he was 22 years old (he’d previously been working as a blacksmith).

Signed by Detroit, the right-handed batter spent his first season with the Bloomington Bloomers of the Illinois-Indiana-Iowa League, hitting .332 in 136 games. Young Fothergill was still a svelte 160 pounds.

But the Tigers had a glut of star outfielders, with Ty Cobb, Harry Heilmann, Bobby Veach, and, later, Heinie Manush. As a result, Fothergill had a hard time breaking into the everyday lineup. Cobb, who was the club’s player-manager at the time, took one look at Fothergill, who by this time must have put on some weight, and cracked, “We’d have to enlarge the ballparks in this league if we kept him.”

The Tigers did keep him, but he was a part-time player for his first five years, despite his combined .338 average. Injuries, illness, and a lack of power kept him from being a regular; he hit only six home runs in those five years, with a .454 slugging average.

Fothergill was a skilled fly-chaser, and reportedly had the best arm of all Detroit outfielders. While not blessed with speed, he liked to try to steal the occasional base, often unsuccessfully (he stole 42 bases in his career, but was caught a shocking 52 times).

In his first eight seasons in the majors, all with Detroit, he batted .342, and was annually one of the most reliable pinch-hitters around (he retired with 76 career pinch-hits, a record at the time). He rarely struck out, could draw a walk, and was surprisingly agile for a man of his size.

On top of all this, Fothergill was a popular, charismatic fellow who played the game with flair. According to sportswriter Sam Greene, “Detroit should capitalize on the natural showmanship that belongs to the fat boy of its outfield.”

But other than in 1927, Fothergill never played in more than 116 games in any season.

Needless to say, he was often the brunt of “fat” jokes. His managers, including Cobb and later George Moriarty, were constantly trying to get him to diet in order to shed the pounds, to no avail. Finally, a frustrated Fothergill declared, “Detroit pays me to hit. I can’t hit if I ain’t got the power and I ain’t got the power if I don’t eat. And when I eat what I like I get fat. When I diet, I don’t hit. So what in blazes am I going to do?”

It was Fothergill’s humanity that endeared him to Tiger fans. Known affectionately as “The People’s Choice,” he didn’t look like an athlete. He had a regular-guy, lunch-bucket persona that resonated in a working-class town like Detroit. He liked his steak and beer, and was kind of a poor-man’s Babe Ruth, at least in the Motor City.

Fothergill got off to a slow start in 1930. On July 18, with his batting average at .259, he was picked up off waivers by the Chicago White Sox. He played in the Windy City for a couple of years, hitting a combined .290 as a part-timer.

He was later traded to the Boston Red Sox, where he played half a season before being released in 1933. Fothergill went back to the minors for a short time with the Minneapolis Millers, but hung up his spikes at age 35.

After the pros, Fothergill played sandlot ball in the Detroit area, and later landed a gig at Ford Motor Company, in the personnel department. He also coached baseball and football at the Lawrence Institute of Technology.

Fothergill’s life, like his baseball career, was too short. He died of a cerebral hemorrhage on March 20, 1938, at the young age of 40.

Today, Fothergill is remembered as one of the most popular players ever to wear the Old English D.