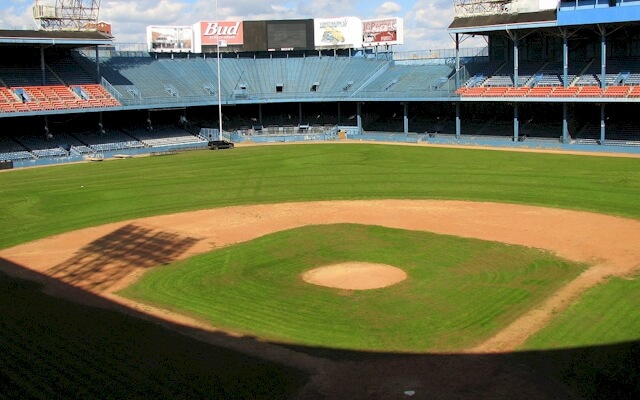 What do you remember most vividly from the first time you walked into Tiger Stadium as a kid?

The grass, so pristine, an emerald jewel, was overwhelming because inside that stadium you were completely shut out from the outside world. Unlike Comerica and every new stadium, at the Corner you could see nothing outside the walls—just the green, green grass—and the dirt base paths and pitcher’s mound etched into the playing surface with the precision of a painting—the stands embracing it, and the sky above. You saw a canvas that was a perfect rendering of the game of baseball. It was a kid’s fantasy world come true—not so much a field of dreams as a field of living, real magic.

In 1984, when Larry Herndon squeezed the final out in his glove in left field, like every other person who could climb over the railing I ran onto the field. The delirium of dancing in joy on the grass, of taking possession of the turf where the heroes had played to a world championship, turned into a sort of vandalism. Fans grabbed pieces of the grass in their hands, held them aloft, and took them home. I don’t know how they enshrined the souvenir chunks of grass—some watered and tended them—but having a hunk of the sod was a way of tangibly sharing in the glory.

The ritual was repeated, in a more sentimental way, after the last game at Michigan and Trumbull in 1999. Fans took pieces of the field to remind them of how it looked and smelled and the memories it held. These historical artifacts were reminders of that childhood feeling of first seeing the expanse of green.

Since May 2010, the love for that grass has compelled a small group of intrepid folks to spend many Sundays mowing what remains of the original field at Michigan and Trumbull. They have picked up trash and kept the diamond in shape and tended that grass because nobody in city government cared to do so. They’ve made it possible to play ball on that 120-year-old field. They’ve been out there through this mild winter and into this blossoming spring. Someone’s probably playing catch there today.

Others through these last six years have come to weddings and birthday parties and memorials in which the ashes of Tiger fans have been spread over that grass. I can see why many might choose the field as their final resting place. I can certainly say my spirit already rests there.

Many in Detroit don’t share that same close bond with the grass, but it’s important to some of us that, if the kids of our city are going to play there from now on—as they rightly and fittingly should—that they play on real grass. Carpeting the playing field is yet another insult to our city’s heritage. It’s sure not the first such desecration that has happened in our town. But it is one of the most painful to behold—because it is so senseless and so disrespectful.

There will be final gatherings and celebrations at Navin Field on April 2 and 9 before the groundbreaking for the Police Athletic League stadium takes place on April 13.