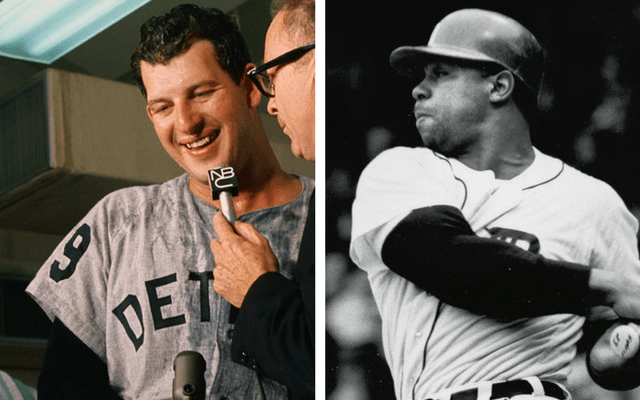 Mickey Lolich and Willie Horton will discuss the 1968 season at the unveiling of an exhibit at the Detroit Historical Museum on April 20.

Hard to believe it was 50 years ago when the city of Detroit was riveted by their baseball team as they captured the pennant and went on to win the World Series in 1968.

This weekend the Detroit Historical Society will be opening an exhibit titled “The Year of the Tiger: 1968” of the 1968 at the Detroit Historical Museum located at 5401 Woodward Ave. (NW corner of Kirby) in Midtown Detroit, and is open to the public Tuesday through Friday from 9:30 AM to 4 PM and Saturday and Sunday from 10 AM to 5 AM Admission is free for all, all the time. The exhibit opens on Saturday, April 21, and there is a ticketed reception on Friday, April 20 that provides a sneak preview of the exhibit.

The reception will include Tiger stars Willie Horton and Mickey Lolich, who will reminisce about that magical season and the World Series. They’ll be joined by Tigers Broadcaster Ray Lane, former Detroit News Sports Writer Jerry Green and
Guest Writer Bill Dow.

Among the rarely seen Tigers treasures on display will be game-used bats, uniforms and equipment, including the World Series bat that Mickey Lolich used to hit his only career home run. Artifacts from Tiger Stadium, including player lockers, an exterior bleacher seating sign and the official 1968 World Champions pennant, will also be showcased. Fans will be able to see an exact replica World Series trophy and leave their memories of the ’68 season.

For more information, call the Museum at 313.833.1805 or visit their website at detroithistorical.org.