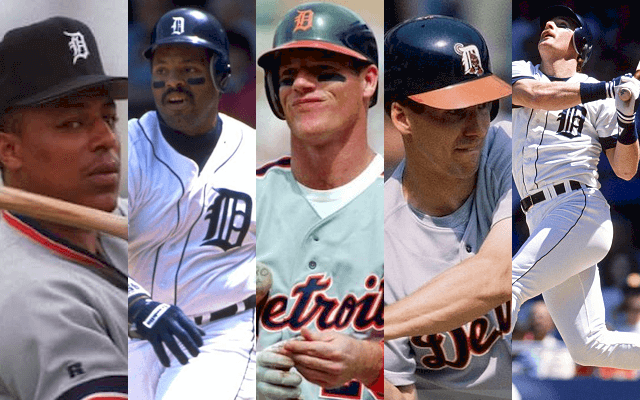 In retrospect it’s easy to see that the 1991 Detroit Tigers didn’t have a chance to capture the AL East division crown. How often does a ball club pummel their opposition with their offense while saddled with a terrible pitching corps? It rarely if ever happens. Even the 1927 Yankees had good pitching.

Sparky Anderson was in his 12th full season at the rudder of the Tigers in ’91, comfortably entrenched as the primary face of the franchise. He’d rode into town, cleaned up the clubhouse, made a promise to be champions, kept that promise in thrilling fashion, and guided the team to the second-best record in baseball in the 1980s.

The Detroit skipper had also navigated several embarrassing proclamations about young players, such as his prediction that Kirk Gibson was the next Mickey Mantle or that Chris Pitarro would be a star. And, the white-haired manager also survived a nervous breakdown that sent him to his southern California for several weeks during the 1989 season, when his team limped to 103 losses. Sparky never learned how to deal with losing.

By ’91 the Tigers were a retooled club with powerful offensive firepower. Alan Trammell and Lou Whitaker were still place, providing power and punch. 22-year old Travis Fryman was on the scene, playing third base while he waited his turn as the heir apparent to Tram at shortstop. Three gargantuan players were in uniform too: Mickey Tettleton, Pete Incaviglia, and Rob Deer, the latter two swing-for-fences all-or-nothing types. The trio combined for 67 home runs in 1991. Sweet Lou hit 23 homers and young Fryman belted 21. The Tigers had five players with 20 or more homers in 1991, Tettleton socking 31 and Deer with 25.

The center piece of the Detroit attack was Big Daddy, the giant first baseman named Cecil Fielder. The big righthanded slugger had launched 51 home runs the previous season and in ’91 he wasn’t far off that pace, hitting 44 and driving in 133 runs, the top figure in baseball. The player he was often driving in was little Tony Phillips, a switch-hitting pest who posted a .371 on-base percentage and also hit 17 home runs of his own. In all, the Tigers blasted 209 homers in 1991, many of them of the “loooong gone” variety spoken of by broadcaster Ernie Harwell. For the season, the Tigers 817 runs, the second-highest total in baseball. They hit 32 more home runs than Texas, the next closest in that category.

But the pitching side of things was not so rosy. Gone was Jack Morris, as was Dan Petry and veteran Doyle Alexander. Left to shoulder the load in the rotation were stalwarts Frank Tanana and Walt Terrell, both past their primes. Bill Gullickson was in the mix, and the rotation was rounded out by Scott Aldred and Mark Leiter. In all, Sparky used ten different starting pitchers in 1991. But he never knew what he’d get. In 74 of the Tigers’ 162 games, the Detroit starter failed to reach the fifth inning. The Bengal staff surrendered 796 runs, the third-highest total in baseball.

Yet, the offense, with all that power, kept the Tigers within sniffing distance of the top of the standings for quite a while. The club essentially played .500 ball through July, they were 51-49 after 100 games on July 31st. The Toronto Blue Jays were six games ahead, and after Detroit the rest of the AL East was floundering well below the break-even mark.

Then the Tigers won 10 of their first 16 in August and climbed closer to Toronto as the Jays came to Tiger Stadium for a three-game series on August 16th. In that game, Sparky turned to John Cerutti, a lefthander who had previously pitched his entire career with the Jays. Cerutti pitched eight strong innings, Phillips hit a first-inning homer, and Fryman delivered a two-run single to lead the team to a 5-3 win. The victory moved Sparky and the Tigers to within one game of the first place Blue Jays. Toronto won the next two games, but then the Tigs went on a seven-game winning streak and pulled even in the race on August 26th. The team was doing it with a shorter-attack: in their seventh straight win against the Angels the offense failed to hit a home run, but they banged out five doubles.

Could Sparky pull a rabbit out of the hat and win an improbable division crown with a one-dimensional veteran ballclub? Well, no. The team lost four straight games on the west coast, two of them in heartbreaking walkoff fashion when the bullpen imploded (thanks to Jerry Don Gleaton and someone named Dan Gakeler). Meanwhile, the Blue Jays for red-hot and by September 8th they had built a six-game bulge over the Tigers.

The Tigers bats went limp in September, as they lost games by scores of 5-1 and 3-0. When they won a game it was like 7-2 and 8-3 and 10-5. The offense couldn’t sustain their season-long attack and the pitching staff was overmatched. In the last twenty games of the season, only four Detroit starting pitchers were able to earn a victory. The team went into Baltimore for the season finale and pounded out four runs in the first inning on their way to a 7-1 victory for their 84th win of the season. They finished in second place, seven games back of Toronto.

The 1991 season was the last time a Sparky-led Detroit team was in first place as late as the last week of August. The remaining four years of his career would see him bring in only one more winning team. He rarely ever had a club within striking distance even at the All-Star break. Though he didn’t know it at the time, for Sparky, his 1991 team was a last chance, a final hurrah for the players from the 1980s and the few good players of the early 1990s. But ultimately they weren’t well-rounded enough to make a run at the playoffs in September.