Who is the best Detroit Tiger not in the Hall of Fame? 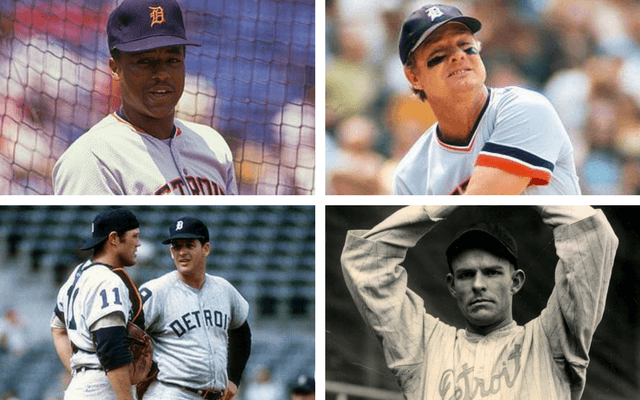 Who is the best Detroit Tiger not in the Hall of Fame?

Now that Alan Trammell and Jack Morris have been elected to the Baseball Hall of Fame, the answer is different.

Before everyone’s mind goes straight to Lou Whitaker, lets take a look at some of the other Detroit players who have a Cooperstown case.

It is a little puzzling to understand how Freehan didn’t get a little more support from voters over the years. He was an 11-time All-Star and the best catcher in the game for most of his career. The top catcher in the game in every other era is in the Hall of Fame. He hit 200 home runs and batted .262 with a 44.7 WAR, very good for a catcher. Just five behind Ted Simmons, who just missed the Hall by one vote.

The lefty has several claims to fame. First of all, he retired as the all-time major league leader in strikeouts by a left-handed pitcher. It has since been broken by Steve Carlton and Randy Johnson (in MLB) and CC Sabathia (in the AL). But Lolich is still 19th on the all-time list and fourth among lefties. Plus he has the postseason heroics of being the last pitcher to start and win three games in a single World Series, leading the Tigers to the 1968 title. He was a finalist on the old Veterans Committee before and should be in the Golden Era Committee at some point (though that ballot will be stacked with guys like Minnie Minoso, Dick Allen, Tony Oliva, Gil Hodges, Jim Kaat, Maury Wills, etc.)

This forgotten outfielder played for the Tigers from 1912-1923 and was completely overshadowed by being in the same outfield as Ty Cobb and Sam Crawford … then Cobb and Harry Heilmann. But Veach was great, too. He led the AL in RBIs three times, doubles twice, triples once and hits once. He finished with 2,063 hits, a .310 career average and a 47.8 WAR. He could be a finalist on the Early Baseball Committee, along with guys like Bill Dahlen, Sherry Magee and Doc Adams.

The advanced metrics crowd love Evans because he walked a ton, plus he hit 414 home runs and had a 58.5 WAR. But his batting average of .248 has been a speed bump in serious contention for Evans. Plus the fact that he would be on the Modern Era ballot, like Trammell and Morris were. That ballot was so stacked that Whitaker, Al Oliver, Dwight Evans, Thurman Munson and Davey Concepcion (to name a few) didn’t make the top 10 finalists list.

One of the game’s best power hitters in the 1960s, Horton slugged 325 home runs when home runs were scarce. He also has been one of the greatest, if not the greatest, ambassador for the Tigers and the city of Detroit over the years. His help during the Detroit riots can not be overstated and that makes him a Detroit legend.

Another candidate aided by advanced metrics, Cash hit 377 home runs and had a WAR of 52. His 1961 season was one of the best in baseball history, although it was completely overshadowed by Roger Maris breaking Babe Ruth’s home run record (and Mickey Mantle in on that chase). Cash hit 41 home runs and had 132 RBIs. He won the batting title at .361, led the AL in hits with 193, on-base percentage at .487 and OPS at 1.148. He had an OPS+ of 201. But he was only a four-time All-Star and did not reach 2,000 career hits. One of the biggest arguments in his favor right now is that Gil Hodges has been a heavily supported finalist and with metrics, Cash’s career looks equal or better in many areas.

Here is a pitcher who is definitely overlooked, especially since he missed at least three seasons during World War II in the military. He won 194 games and had a 3.57 ERA in a hitters era, making six All-Star teams. He led the AL in wins once and strikeouts twice, helping the Tigers to back-to-back pennants in 1934-35 and another in 1940.

A lot has been written about Whitaker in the past few months. He has the highest WAR of any eligible player in the modern era not in the Hall (74.9) and the rest of his stats are just a hair better than Trammell’s except for batting average. He holds the slight edge over his double-play partner in hits, runs, home runs, RBIs and WAR. I’m still not sure how he missed being a top 10 finalist, especially since in most numbers, he was more valuable than Trammell or Morris, who were both elected. I’ve even tried to come up with theories on why Sweet Lou has been overlooked by the Hall of Fame voters.

Those are the leaders, but there are plenty of other great players who played with the Tigers like Schoolboy Rowe, Wild Bill Donovan, Dizzy Trout, Virgil Trucks, Frank Tanana, Guillermo Hernandez, Lance Parrish, Kirk Gibson, Cecil Fielder, Chet Lemon and Rudy York (among others) who had strong careers, but come up a little short.

My vote is definitely for Whitaker as the best Tiger not in the Hall of Fame, but there are also plenty of other deserving Tigers.