Missed opportunities in 2017 will haunt the Lions 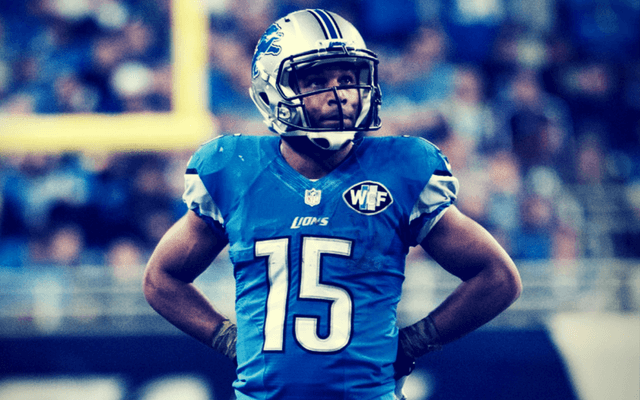 If the Detroit Lions make a highlight video of the 2017 season (for some reason), they ought to run the Stafford-to-Tate slant route against the Falcons in the waning seconds of Week Three over and over. That one play epitomizes a frustrating season.

Matt Stafford’s pass to Golden Tate was initially ruled a go-ahead touchdown, but after a mandatory review, it was reversed. To add insult to injury, ten seconds were run from the clock (by rule) and the game ended with the Lions scratching their heads at a heart-wrenching loss. A win over the defending NFC champs would have made the Lions 3-0. Most fans were not surprised. If any team can find new ways to lose games, it’s the Lions.

The 2017 Detroit Lions are still mathematically eligible for the playoffs as we approach their game on Saturday against the Chicago Bears at Ford Field. But realistically, their chances are about as good as Al Franken getting invited to a women’s retreat. I don’t see it happening.

At 7-6 with three games to go, the Lions trail the Falcons for the final wild card spot by one game. However, it’s actually two games since Atlanta beat Detroit in that bizarre finish in Week Three when Tate couldn’t get the football over the goal line in the final seconds. The other wild card team (the Panthers) are two games ahead of Detroit, and they also beat the Lions this season, meaning they own the tiebreaker. There’s also the Seahawks, one game ahead of Detroit in the wild card race. That’s a lot of team to leapfrog.

Detroit can go 3-0 in their final three games and finish with ten wins, but still fail to reach the playoffs. The cards are stacked against them, and after a season of disappointment and missed opportunity, they have no one to blame but themselves.

Let’s look around the NFC this season: the Cowboys, Cardinals, and Giants have struggled or downright stunk, despite being considered possible playoff contenders. Green Bay’s Aaron Rodgers has missed most of the season with an injury. The Eagles have lost QB and MVP candidate Carson Wentz. The Vikings have a difficult time scoring. The Falcons have been up and down and who knows what you’ll get from the Panthers from week-to-week with controversial Cam Newton over center. The rest of the playoff possibles are far from frightening.

More locally: the NFC North was up for grabs this season. The mediocre Bears have a rookie QB. The Packers are aging and lost Rodgers. The Vikings are a great defensive team, but the Lions went into Minnesota and beat them in a hard-nosed win in October. In fact, the Lions beat every one of their division rivals on the road, the first time they’d done that since Lyndon Johnson was president. But just when it looked like the North was the Lions for the taking, things fell apart.

A three-game losing streak started with a lackluster loss to Newton and the Panthers at Ford Field. Then the Saints smacked the Lions around to the tune of 52-38, shredding the secondary. Finally, the Steelers beat the Lions at home after Jim Caldwell had a brain fart and decided not to take a sure three points. The Steelers stopped Detroit twice inside the ten yard line on fourth down and the Lions lost by five points. Two field goals would have meant a win.

Three straight wins followed, two of them road wins over the Pack and Bears. But then, on Thanksgiving, with the Vikings and the division lead within their sights, the Lions laid a big fat egg, losing 30-23. They lost in Baltimore before coming back to beat the Bucs. But by now, time is running out. The Lions inconsistent, uninspired play this season has cost them a chance to win their first division title in more than two decades. And the chance to host a playoff game.

It could have been different. If Tate scores on that crucial play in Week Three. If Caldwell manages the game better against the Steelers. If Stafford plays more consistently and keeps the offense on the field more against the Vikings on Turkey Day or in the loss to the Panthers. If the team had developed a running game of any kind.

The Lions might have an unsuccessful winning season. They could easily run the table: they have the Bears, Bengals, and Packers left. But the playoff picture is gloomy for this team, and they’ll be kicking themselves for it.

This was year one of Stafford’s big contract and he played pretty good. Not great, but pretty good. At times he was amazing, like when he went 75-for-81 over a stretch of three games. At other times he missed his targets. Of course, he was also smacked around because his offensive line wasn’t able to protect him. Stafford will turn 30 in February. He’s completing his ninth season and it’s no guarantee he’ll be able to play at a high level for more than a few more years. He could always get hurt. If that happens, game over: the Lions will be at square one again. He’s the franchise and the clock is ticking. Division titles are not easy but this year would have been the easiest in a long time, given the circumstances with their competition. The NFC is really up for grabs. This is the year the Lions could have won a playoff game, and maybe even more.

But that won’t happen, and the Lions will have to ask themselves why.