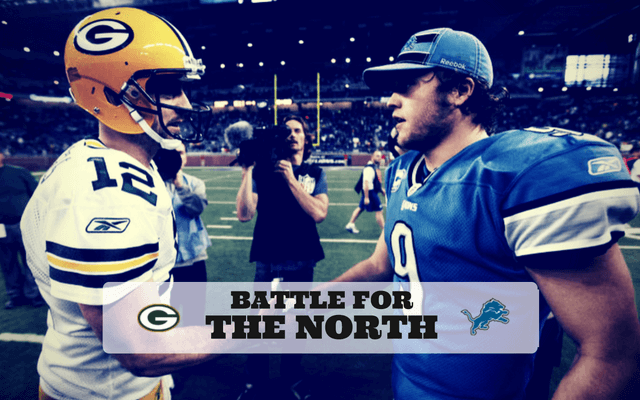 It has been a surprising and exciting Detroit Lions season, but despite being in first place for weeks, the Lions’ playoff chance is going to come down to the final game of the season.

Not only that, but, of course, that final game is against the Green Bay Packers.

It is one of the most interesting rivalries in all of football.

For a quarter of a century, the Packers have dominated at Lambeau Field, and the Lions seemed like they dominated the Packers at the Silverdome.

But everything changed when Detroit moved to Ford Field.

Since Ford Field opened in 2002, the Lions are 6-8 against Green Bay after previously going 10-3 against the Packers at the Silverdome.

That is something that most rivalries don’t have, utter dominance at a home field. Of course, the Lions don’t have that in the rivalry anymore.

The Packers do, although the Lions finally broke through on the road last season, with a stunning 18-16 win at Lambeau Field, which snapped Detroit’s futility streak at Green Bay at 24 losses — a streak that began after Detroit’s 1991 victory at Lambeau.

But of course, even that wasn’t the signature moment in the Detroit-Green Bay rivalry last year.

It was easy to forget that Lions win at Lambeau when the entire country watched Aaron Rodgers’ 61-yard Hail Mary to Richard Rodgers as time expired at Ford Field to give the Packers a stunning 27-23 victory over the Lions.

That loss stung for many reasons. First, it was a loss to a rival in heartbreaking fashion. Second, it put the Lions out of playoff contention. The Lions would win their final three games of the season but still finish on the outside looking in at 7-9.  And third, it was a miracle play by Rodgers that was played over and over (and over) on every sports show in America, which kind of added insult to injury.

And the Lions started a new losing streak at Lambeau Field this season with a disappointing 34-27 loss on Sept. 25.

The Lions are 8-21 against Green Bay in both venues since moving to Ford Field. Since then, the rivalry has dwindled as the Packers have continued to win division titles (and one Super Bowl) in that span, and the Lions still can’t win a playoff game.

Of course, the Lions can’t win a playoff game if they don’t make the playoffs. It is fitting that Green Bay is the team that stands in their way.

It won’t be easy, but a win could have double the positive outcome. Not only will a win clinch a playoff spot — and the division — for the Lions, it will provide a signature moment in the rivalry in Detroit’s favor, which is something that has been lacking.