Boyd’s near no-hitter was highlight of a disappointing season 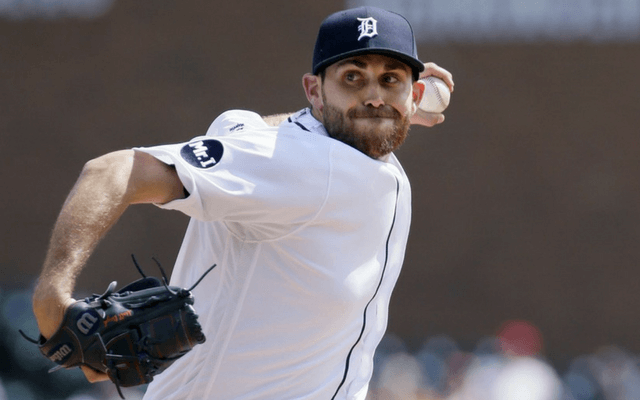 There is nothing like having a birthday in the summer time.

In our house, that meant a trip to Tiger Stadium. My September birthday was filled with memories of watching exciting games and some of the beat players and moments in baseball.

My trips to Tiger Stadium are long gone, as Ernie Harwell would say, but the exciting birthday moments continued even to this year — especially this year.

On September 17, the Tigers played one of the most memorable games of the season with the most unlikely hero in Matt Boyd.

Boyd came within one out of throwing a no-hitter. It would have been the eighth in Detroit Tigers history.

It was forty years until the Tigers saw another one, and they saw two — from the same person as Virgil Trucks no-hit the Washington Senators 1-0 on May 15, 1952, then became the first Tiger to throw two no-hitters as he no-hit the New York Yankees 1-0 on August 25 of the same season.

Hall of Famer Jim Bunning was the next to throw a no-hitter on July 20, 1958, as he beat the Boston Red Sox 3-0. Bunning would also throw two no-nos, but the second one was as a member of the Philadelphia Phillies.

Another long drought ensued before Jack Morris threw a no-hitter on April 7, 1984, against the Chicago White Sox, which jumpstarted a 35-5 start and the last World Series title in franchise history.

Another ace, Justin Verlander joined the exclusive group with a 4-0 no-hitter over the Milwaukee Brewers on June 12, 2007. He also continued the tradition of throwing multiple no-hitters, though he did not accomplish the feat in the same year like Trucks. He no-hit the Toronto Blue Jays on May 7, 2011, in a 9-0 win that was nearly a perfect game as one walk in the ninth inning was the only base runner.

That’s it, just seven no-hitters in the history of the franchise, though a handful of pitchers have come very close to throwing a no-hitter, only to lose it in the ninth inning.

Then we come to Boyd.

All of the Tigers no-hitters have been from star pitchers. Often in baseball, no-hitters are somewhat flukes as far as who throws them. Pitchers with career losing records. Pitchers who are only in the big leagues for a short time. No-hitters have a bit of everything.

Yet the all of the Tigers’ no-hitters are from big names.

Of course there was Armando Galarraga’s imperfect, perfect game on June 2, 2010, when umpire Jim Joyce missed a call that would have given Galarraga a perfect game and no-hitter after ruling Jason Donald safe on an infield single with two outs in the ninth.

He would have definitely been the most unlikely of the no-hit bunch.

Boyd has been struggling all season. The win gave Boyd a 6-10 record this season. His ERA is a robust 5.33 and his WHIP is 1.57. Basiscally, the season has been a struggle for Boyd. But he put together eight dominant innings before walking out to the mound for the ninth as the Comerica Park crowd rose to its feet for a standing ovation.

After retiring Adam Engel and pinch-hitter Kevan Smith to start the ninth, Boyd fell behind Tim Anderson 2-0, then threw a changeup low on the outside corner. Anderson sliced it to the opposite field, and it landed just short of the wall as right fielder Nicholas Castellanos gave chase.

“I executed my pitch, and he hit it,” Boyd said after the game.

The Comerica Park crowd again gave him a standing ovation and Boyd stayed in the game to complete the one-hit shutout.

It was the second and final runner he allowed in the complete-game shutout. He walked Rob Brantly in the third inning. Boyd finished the game with five strikeouts. He threw a career-high 121 pitches.

But he had everything working on Sunday. He was in command of his pitches, using a sharp curveball and a timely changeup to keep the White Sox off-balance.

In the end, it was another almost in the realm of no-hitters. It was the sixth game in the majors this season where a no-hitter was broken up in the ninth inning, but of course, it was the first of the season to be broken up with one out to go.

But between Boyd’s dominance on the mound and Detroit hitters scoring 12 runs for him, it was definitely a memorable birthday with the Tigers once again.