Clarence Wadley was the king of baseball bling 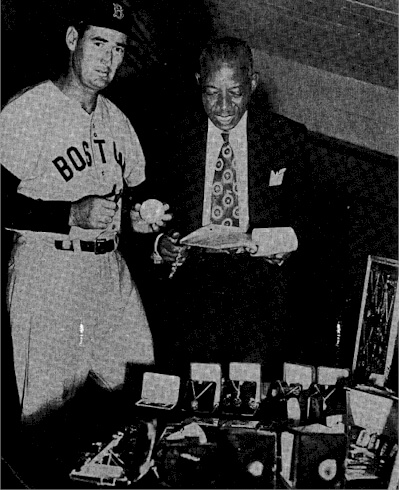 At his peak, the genial, well-tailored Wadley was earning $25,000 a year, a fantastic sum for that time. “In his 14th-floor studio workshop overlooking Chicago’s busy Loop, he works some 15 hours a day making an assortment of silver, gold, and platinum jewelry which he personally sells to the stars at Comiskey Park and Wrigley Field,” Ebony magazine reported in 1956.

As a black man trying to make it in a white world—and in a competitive business, to boot—Wadley needed all the help he could get. He got it from an unlikely source: Ty Cobb, a fellow Georgian and a man usually not known for his racial tolerance.

Wadley, the son of a day laborer and a cook, was born in Atlanta in 1896 and got as far as 8th grade. As a boy, he ran errands for a local jeweler. The experience fired his ambition to become an engraver. He took courses in Georgia and later when he moved to Chicago. While a student at the Winter School of Engraving in 1919, Wadley—a onetime sandlotter—decided to present his favorite player, Ty Cobb, with a specially engraved copper plate while the Detroit Tigers were visiting Comiskey Park for a series.

Cobb was impressed by Wadley’s craftsmanship. He gave him an order for a $50 ring and passed his name on to his teammates, a few of whom also placed orders. Over the next several years, Wadley worked for a local jeweler while he slowly built his own list of clients. “When prejudiced landlords barred Wadley from downtown offices,” Ebony reported, “he rented space in white jewelry shops, rigged up a portable stand and carted his samples to the ball parks.”

Wadley’s first really big order was when he made 25 rings at $50 apiece for the champion Los Angeles team of the Pacific Coast League. Eventually he became a fixture at Comiskey Park and Wrigley Field. “Ballplayers have a fondness for tiny, gold replicas of team emblems, balls, bats, gloves, catchers’ masks, caps and spiked shoes,” observed the Chicago Tribune. Visiting Detroit Tigers, such as outfielder Dick Wakefield and manager Bucky Harris, wore Wadley-made bling. Stan Musial bought a $968 bracelet. When Yogi Berra saw it, he ordered a $1,000 version for Mrs. Berra. And so it went, with Wadley the only known operator of his kind in the country.

Wadley, a lifelong bachelor, died March 31, 1966, shortly after reaching his 70th birthday. By then he was slowing down. To the end, he always considered Cobb’s help “a wonderful thing at a time when a colored man didn’t have an easy time setting up in business for himself.”