Playing the right way is catching up to Miguel Cabrera 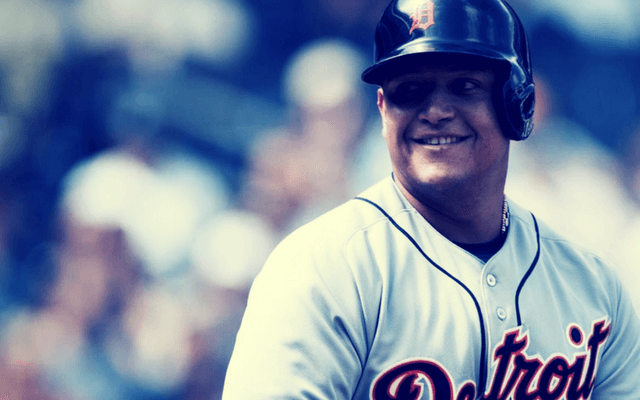 Miguel Cabrera will miss the rest of 2018, his 16th season in the major leagues. The injury is the death blow to the Detroit Tigers, a team that waved the white flag before the season started.

Cabrera’s injury is the latest in a series of nagging and serious maladies that have cost the slugger production and playing time the last few seasons. The future is unclear for the former two-time Most Valuable Player Award winner. But one thing is clear: Cabrera’s insistence on playing the game the right way hasn’t helped him avoid the inevitable fate of age for an athlete.

When Manny Ramirez was in his 16th season he finished fourth in MVP voting after hitting .332 with 37 home runs and 121 runs batted in. Ramirez played 153 games that season when he was 36 years old.

When Mark McGwire was 35 (the same age Miggy is this year), he clobbered 65 home runs and led the league with 147 RBIs. Big Mac had a .697 slugging percentage and was fifth in MVP voting.

In his 16th season, Barry Bonds had arguably the most impressive statistical season in history, slamming 73 home runs while posting an incredible .863 slugging percentage and walking 177 times in 153 games. He won the MVP that season, the same award he’d win the next three years. Bonds was 36 years old.

Each of those seasons I just mentioned rate among the best ever by players over 35 or after their 15th season in the majors. All three players who had those seasons were superstars.

But all three of those players were also cheaters.

Ramirez had struggled to stay healthy in his age 34-35 seasons and saw his power dip at the same time. McGwire hit only 18 homers in his age 28-29 seasons combined and he was unable to keep himself in the lineup. His average plummeted so low and his strikeouts started to rocket so high that it appeared he might be out of the game soon. Bonds had never hit more than 46 homers or won a batting title before his 35th birthday.

Then, sure as you can say “syringe” those three players put up bigger and bigger numbers. McGwire suddenly started to stay healthy and broke the home run record, while Barry Bonds made baseball look like a video game. When he was 39 Bonds hit over.360, had an on-base percentage over .600(!) and a slugging percentage over .800 once again. He walked more than 230 times.

Ramirez was later suspended not once but twice for using illegal performance-enhancing drugs. McGwire admitted under oath to a U.S. Congressional committee that he had used steroids for the last half of his career. Bonds steadfastly stuck to his story that he never used PEDs. Given his association with convicted drug dealers and his outrageous performance after the age of 35, no one believes him.

What does this have to do with Miguel Cabrera?

Cabrera has played the game the right way. In fact no other player of his era has played as hurt as often and produced as much while less than one hundred percent than Cabrera. Twice he played with difficult leg injuries during his tenure with the Tigers. The first time he won a batting title, the next time he won an MVP award. In 2017 Cabrera hurt himself seriously in the World Baseball Classic. But seeing as he is the most important man in the Detroit lineup and he could still swing a bat, Miggy played on. He struggled, experiencing adversity he’d never known. But he soldiered on to play 130 games despite unwarranted criticism from many. He basically played 2017 with a hernia.

In the 2017/18 offseason, Cabrera worked hard with the same trainer who keeps LeBron James in great condition. Miggy showed up for spring training leaner and quicker. He reported no pain in his lower back or legs. He started cool but warmed up, lifting his average to its customary levels. But then he tried a little too much on the bases, injured himself, and missed almost a month. A week after he returned, Miggy lunged at a pitch and tore his biceps tendon. Surgery will end his season.

How many games would Cabrera have missed the last two seasons if he’d been using what Manny Ramirez was on? Or what David Ortiz reportedly took when he tested positive? How many more home runs could Miggy have hit with the juice that had fueled McGwire and Bonds?

We won’t know because #24 played the game the right way.

For the first 14 seasons of Miguel Cabrera’s career he received MVP votes every year. That’s unprecedented. From 2004 to 2016, he averaged 155 games per season. He never took a day off because his neck was feeling tight or if his leg was sore. He didn’t dodge a tough right-handed starter in a day game after a night game. He didn’t sink a syringe in his butt to make it easier to recover from the wear and tear of a baseball season or to bulk up.

Prior to the steroid era it was extremely unusual for a ballplayer to be a star after the age of 35. We’ve been spoiled by modern science in assuming that baseball players can be superstars into their late 30s. We’ve forgotten that this is a young man’s game. That the body starts to wear down after 15 years of playing at a high level.

Cabrera has given more than his share to the game. He’s lived by the credo that if he earns the big check he should be on the field. He’s put his team first. He’s respected the game.

Now he’s entering the typical late-career phase and he’s suffering the bumps and bruises and aches and pains that typically come with that, even for superstars.

What did I think of when I heard that Miguel Cabrera would miss the rest of the season? Two things came to mind: (1) that I will miss seeing one of the greatest hitters in history swinging the bat, and (2) I remind myself that this superstar has played the game the right way. He’s not an artificial superhuman. He’s a man. He followed the rules. And I’d rather have my heroes like that.