Fans will never see the Tigers quit under Gardenhire 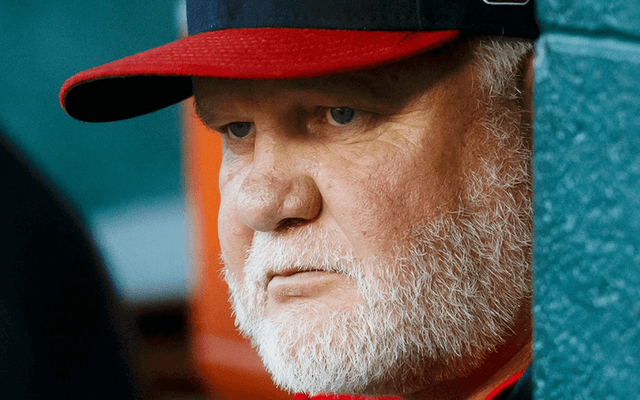 After 13 years as manager of the Twins, and the last two years as bench coach in Arizona, Ron Gardenhire will be the 47th manager in Detroit Tigers history.

It’s going to be a long process, we’re told.

On Thursday they hired a new manager to oversee this transitional phase: former Minnesota manager Ron Gardenhire. He has experience and a track record of success. He’s considered one of the smartest and nicest guys in baseball. He’s guided young teams to success before. He can read the headlines. He knows the Tigers are in rebuild mode.

But I get the feeling Detroit’s new manager is not going to settle for losing. The 59-year old veteran manager is coming to Detroit to win baseball games, even if no one else thinks that’s reasonable.

The Tigers have a built-in excuse to lose. Al Avila reminds us of that whenever he can. “The window closed,” he says. “We had a good run,” he says. Those are actual quotes from the Tiger general manager, who wants the fans to have low expectations. Avila also benefits professionally if people buy into a long, painful rebuild. No expectations means no responsibility for losing from the front office.

If you believe the company line that the Tigers have to tear everything apart and stink for a few years before they can compete again, you’re a fool. If you believe that baseball teams go through cycles of being at the top and being at the bottom, you’re mistaken. If you are willingly accepting the notion that your favorite team will lose 100 games per season for the foreseeable future, then you are a sucker.

This isn’t 1974, when an aging Tiger team hired veteran manager Ralph Houk to oversee a youth movement that welcomed youngsters Alan Trammell, Lou Whitaker, and company. Back then the game was much different. In seven-game divisions with tough competition and no wild card, teams had to win 95+ games to get into the playoffs. They had to finish in first place. They had to build great teams. Not so today.

In today’s baseball environment, you can get into the playoff tournament with 82-85 wins. Teams turn it around all the time. The Twins were a wild card this season one year after losing 103 games. The Yankees are a step away from the World Series in a season when the experts said they were “rebuilding.” The Tigers may seem pitiful today after jettisoning most of their valuable parts at the trade deadlines in 2017, but the future isn’t as gloomy as Avila and the front office would have you think it is.

Gardenhire will become the 47th manager of the Detroit Tigers, and one of the most qualified the franchise has ever hired. He has managed more than 2,100 games in the big leagues already, more than Sparky Anderson when he rode into Motown in 1979, and nearly as many as Jim Leyland when he accepted the Detroit job prior to the 2006 season.

For those Tiger fans who loved Leyland, Gardenhire will be a welcome sight. He’s an old school skipper armed with all the cliches and throwback ways of baseball lifers who cut their teeth on the game. He won’t hesitate to lay into a ballplayer if he thinks it’s necessary. He won’t be shy at letting his team know who’s in charge. He won’t have a problem working with old players and young players. He’ll eat his dinner while he gives his postgame comments to reporters.

The new Tiger manager will also have his team prepared and ready to compete. That sounds simple, but it’s something we didn’t see under Brad Ausmus, a milquetoast manager if there’s ever been one. In Ausmus’ second season the Tigers were in first place in early May and stayed competitive until mid-June. Then they fell back, eventually sliding to more than 10 games out in late July. Then they gave up, losing 12 of 13 games and limping listlessly to the finish line. Ausmus was stoic. This past season, after the team traded ace Justin Verlander at the August deadline, Ausmus lost the team and never bothered to inspire them down the stretch. He watched as his club lost 24 of 30 to end the season. In neither of those situations was Ausmus able to appeal to his players on professionalism and pride. His team was unprepared and unwilling to compete after there was nothing to play for. Gardenhire will never tolerate such nonsense. A Tiger team will never quit under this manager.

I don’t think Gardenhire took this job just so he could draw a paycheck. As he nears his 60th birthday, I don’t think he wants to wait to win again. He knows how quickly a team can turn around, going from also-ran to pennant racer. I think “Gardy” wants to teach his young players how to win, and he wants to be the manager who sees them win.

There are many things that could derail a Tiger rebound: Al Avila could make some more terrible moves; the Tigers could further gut the roster; the team could be sold. It remains to be seen what will happen with this franchise at the top.

But I for one, dear readers, refuse to participate in a “rebuild.” I’m not buying what they’re selling. When they say “rebuild” I hear “lose lots of games.” When they say “be patient” I hear “forgive the front office for being terrible at their jobs.”

Gardenhire didn’t come here to lose games. I don’t think he came to Detroit to oversee a rebuild either. The new Detroit manager is going to squeeze every bit of competitiveness out of his roster, and I wouldn’t be surprised if he surprises a lot of people while doing it.