These batting champions were traded 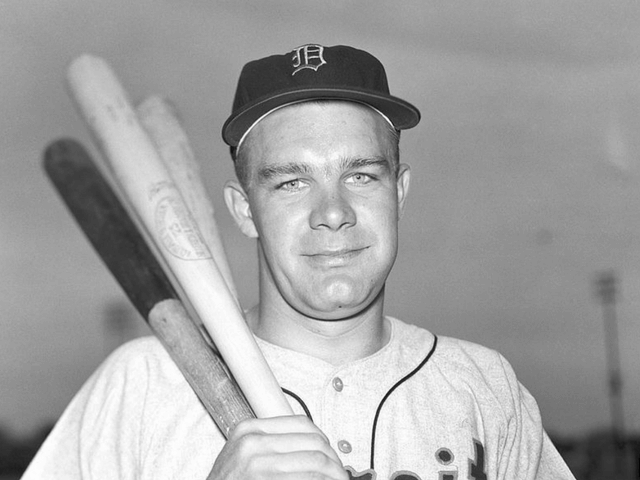 Batting champion Harvey Kuenn was traded to Cleveland the year after he won his title for home run champ Rocky Colavito.

Sometimes trades work out for both teams. Most of the time, it is a better deal for one or the other.

One of the most intriguing trades in baseball involved the Detroit Tigers.

The batting champion for the home run champion? Seriously?

It was especially interesting because Kuenn had established himself as one of the best shortstops in the game. During his first full season in 1953, he led the American League with 209 hits, was named to the All-Star team and won the Rookie of the Year award.

Kuenn batted .300 in seven of his eight seasons with Detroit, but the Tigers, lacking any other offensive punch in 1959, wanted a power hitter. Charlie Maxwell had led the Tigers with 31 home runs and only Al Kaline and Eddie Yost also topped 20. No one had 100 RBIs.

After one year in Kansas City, Colavito was back in Cleveland and responded by leading the American League with 108 RBIs.

Colavito slugged 374 career home runs and had 1,159 RBIs. In four years with Detroit, he had 139 homers and 430 RBIs. A pretty good deal for the Tigers considering Kuenn was never as dominant as when he was in Detroit.  Kuenn played seven more years and made one more All-Star team, bringing his career total to eight games.

Colavito, who came up with Cleveland the year after their 1954 pennant, never got to play in the postseason, but the Tigers got the better end of that blockbuster trade.

Kuenn was not the only batting champion to be traded the following offseason. It has happened six times in the past century.

Chuck Klein won the 1933 triple crown for the Philadelphia Phillies and was traded to the Chicago Cubs that November for three players and cash.

There were four other players besides Kuenn and Klein traded in the offseason after a batting title and astonishingly, out of the five, Klein — a triple crown winner — was the only player besides Kuenn that won just one batting title. The other four who were traded were multiple batting champs.

Hall of Famer Rod Carew won seven batting titles — including six in his final seven years in Minnesota — and after the final one in 1978, was traded by the Minnesota Twins to the California Angels for four players. That deal was struck after he was nearly traded to the Yankees in a blockbuster.

In 1973, Bill Madlock was coming off of back-to-back battling titles but the Chicago Cubs dealt him in the offseason to San Francisco for Bobby Murcer. He went on to win two more batting titles, but they were as a member of the Pittsburgh Pirates, who retained his services after each one.

Pete Runnels won his second batting title with the Boston Red Sox in 1962 but was traded in the offseason to Houston.

Ferris Fain won two battling titles for the Philadelphia Athletics in 1951-52 and was traded in the offseason to the Chicago White Sox.

There were some other interesting trades and scenarios involving batting champs.

Gary Sheffield was traded at the trade deadline in 1993 to the Florida Marlins, one year after winning the batting title for San Diego, for a young reliever named Trevor Hoffman.

And of course St. Louis outfielder Willie McGee was traded to Oakland and still won the National League batting title that same season in 1990 since he had enough plate appearances.

McGee had that title established at the time of the trade. In 1947, Harry Walker was traded from the St. Louis Cardinals to Philadelphia and won the batting title, same for Dale Alexander in 1932.