Ordonez had a good career, but former Tiger is not Hall of Fame worthy 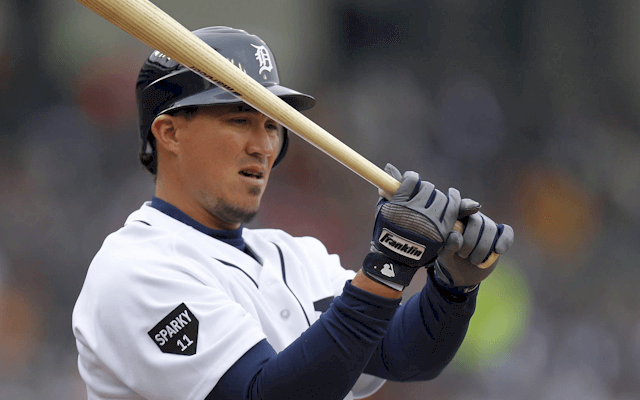 Magglio Ordonez did some things that Hall of Famers do. He won a batting title. He hit over .300 in his career. He was an all-star several times.

But a lot of non-Hall of Famers have done those things too. And there are a number of things the former Tiger star never did that we frequently find on a Hall of Fame résumé. Consider these items from Magglio’s career:

Magglio did do some very interesting things, such as:

The problem is that batting average is not that important of a stat when it comes to evaluating a player in total. Playing well for two teams is nifty, but it’s a novelty, not a reason for immortality. And the pennant-winning blast of Huston Street in the ’06 ALCS will ensure that Ordonez never has to pay for a meal in Detroit, but it won’t get him a plaque in Cooperstown. Bobby Thomson isn’t a Hall of Famer.

In about a week, the results of the 2016 Hall of Fame voting will be announced. Ordonez, like his former Detroit teammate Ivan Rodriguez, is on the ballot for the first time.

The popular Venezuelan played 15 seasons before he retired at the age of 37 due to chronic back and leg injuries. He’s racked up more than 2,100, 400 doubles, and nearly 300 home runs to go along with his .309 batting average. Eleven times he topped the .300 mark, and while those of us who know better realize batting average is a simple stat that doesn’t begin to tell us how great a player was, the fact is that Hall of Fame voters traditionally love it. It’s helped guys like Joe Sewell and George Kell get into the Hall.

On the other hand, a high batting average has not helped players from recent history like Al Oliver, Dave Parker, Will Clark, and Edgar Martinez. Nor did it help Bill Madlock, who not only hit .300, but won four batting titles.

What hurts Magglio is what hurts many of those players: he didn’t play long enough to reach significant career counting numbers, like 3,000 hits or even 400 home runs. That’s the path to election if you’re a “career value” guy.

The other way to earn election to the Hall of Fame is to be a “peak value” guy, like Jim Rice and Kirby Puckett. But Ordonez doesn’t rate well there, as we saw in his lack of dominant seasons or ranking among league leaders.

Puckett’s career OPS+ (on-base plus slugging adjusted for his era and ballpark) was 124 in about 7,800 plate appearances. Magglio’s was 125 in about 7,800 PAs. Pretty close, right? But Kirby did so many other things well. He won a bunch of Gold Gloves for his play in center field, a more important and challenging position. He picks up more credit for his running game. he also won one batting title, but he also had a lot of other black ink, leading the AL in hits four times, in total bases twice, and even once in RBIs. Ordonez has only the one batting crown and a doubles title. Plus there’s the fact that Puckett did his work in 12 years before being forced to retire due to an eye injury.

The best comps for Magglio are Moises Alou and Matt Holliday, two contemporary corner outfielders, neither of whom are considered Hall of Fame players.

Magglio Ordonez had a fine career and he owns a place in history for his feats with the Tigers and White Sox, but he’s not Cooperstown caliber.