When The Palace of Auburn Hills was brand new 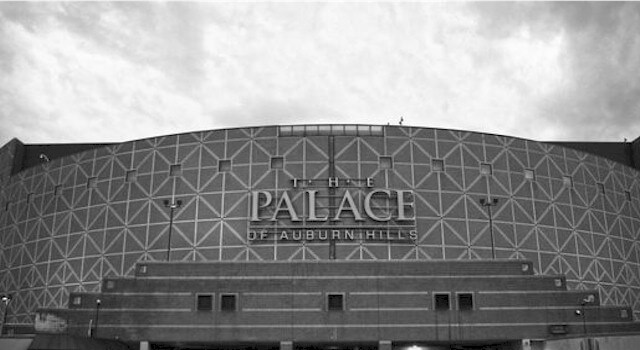 The Palace of Auburn Hills opened in 1988 in suburban Detroit.

In little over a month, it will all be over.

The Detroit Pistons will play their final regular-season game at the Palace on April 10, against the Washington Wizards.

The great irony is that the facility looks better now than it ever has before. But the move downtown was never a question of “if,” but “when.”

While Red Wings fans’ are getting all teary-eyed about the final season at Joe Louis Arena, how about a little love for the Palace of Auburn Hills?

The Oakland County gem has served the Pistons (not to mention the Vipers, the Safari, the Whalers, the Rockers, the Shock, and the Fury) very well indeed for the past three decades.

It was not a sporting event, however, that christened the arena.

It was a Sting concert.

Considering there were also concerts going on at Pine Knob and Meadowbrook at the same time, the traffic on I-75 could have been a disaster. Media outlets had been banging the drum, however, advising folks to show up early. As a result, tie-ups and bottlenecks were minimal. Oddly, a few months later the first NBA game played there didn’t have such luck with traffic jams.

Some dutiful ticketholders arrived at the Palace parking lot as early as 5:30, nearly 2 1/2 hours before the start of the show.

The doors finally opened promptly at 6:30, not fast enough for the hungry (and thirsty) concertgoers unfamiliar with the area. Temperatures in the low 90’s did not make the wait any easier. In fact, 1988 was already the hottest year on record for southeast Michigan. “They need to have some sort of drinking establishment or something out here,” observed one parched patron waiting in line to get in. “If this was downtown, we’d be partying.”

Indeed, it would be a familiar refrain for the next 30 years.

Most people that night could not care less that it was the opening of the Pistons’ new digs. They were just there to see Sting. He was the main attraction, a man at the height of his creative powers and popularity. Someone asked a female fan from Grand Rapids if she was aware that this was the grand unveiling of the Palace. “I’d never heard of it,” she acknowledged. “It was close enough to drive to so that we could see Sting. That’s all we knew.”

Sting, the 36-year-old former front man for The Police, was in the midst of his “…Nothing Like the Sun” tour. Sitting in his dressing room at the Palace as the performance approached, he could feel the excitement in the air. “I’ve been in these kinds of buildings all over the world, and they all seem the same. But it’s nice to be here on the first night. There’s definitely a special buzz that you can feel.”

As the fans trickled in, they couldn’t help but be awed by the shimmering glitz. Even the ushers had an extra spring in their step. One woman, sitting in the last row of the nosebleed section, gushed at the promptness of the arena staff. “I dropped a piece of ice and before I could even look down at it they had swept it up.”

Tom Wilson, CEO of the Palace and the Pistons, enjoyed the fruits of a project two-and-a-half years in the making. “I couldn’t be happier,” he said. “We’re so ecstatic that it came together.”

Still, there were undertones of unrest. Outside, a group of labor unions picketed the entrances. Their beef was the lack of union representation among the 1,200-strong labor force that had built the place.

The Pistons had yet to play their first game at the Palace, and it had already proven to be a great place to take in a concert.